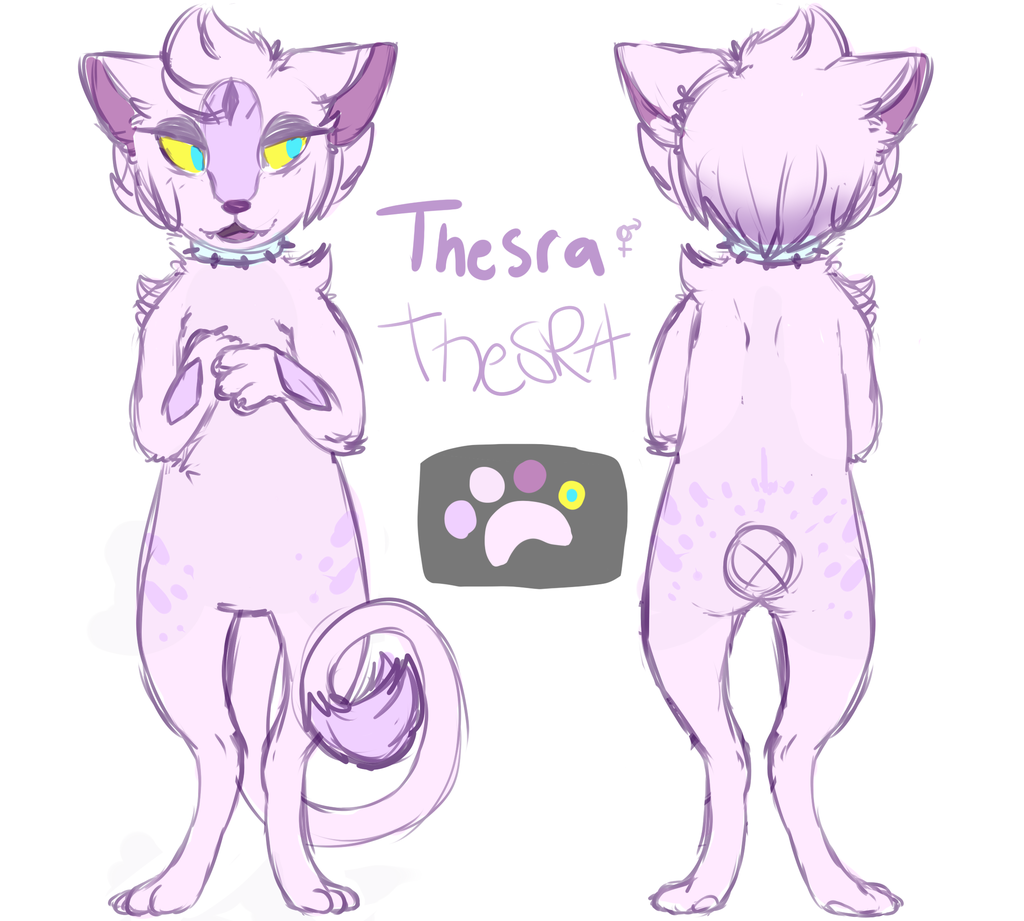 Thesra happens to be a hermaphrodite. She prefers to be called female and will probably rip your face off on account of her very, very terrible temper.

Honestly, anything could piss her off terribly, from small noises to speaking to her when she doesn't address you. She is a ticking time bomb.

She likes to cook, chickens in particular, though she isn't opposed to the occasional human nibble. You can mostly find her in the kitchen in her little pink apron.

Thesra, however, does not have any 'demonic powers', other than the fact that she can also appear as an earthbound feline (but that's a given for demons anyway. Having one other 'form' I mean), and her hellish temper.

She comes from the tenth level of 地獄 (Diyu), in which those who committed crimes against animals are mauled and trampled.