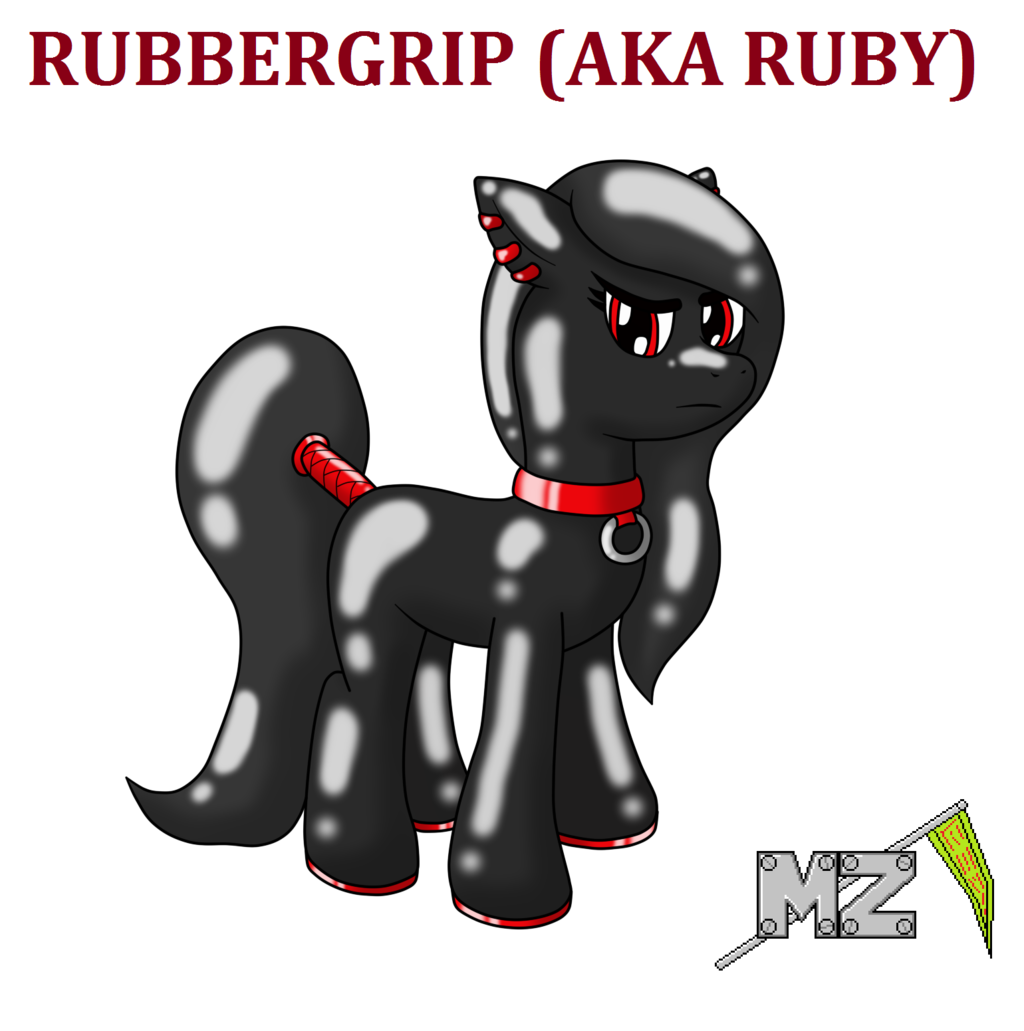 STORY
Born from a science expirement, Rubber Grip's body is completely maliable and elastic. She can reshape her body, growing bigger or smaller and produce more limbs, this allows her to take the shape of a Unicorn, Pegasis, Alicorn, etc. but she dose not gain their abilities.

She was ment to become a fetish toy called Project KinkyGel, but some how gained an intelligence in a lab explosion, and thus having the labs closed down and the KinkyGel project discontiued by Celestia's orders.

After the incident the guards and clean up crew found Rubber Grip huddled in a corner. The guards brought her to Celestia, after seeing her and knowing what she was. She took pity on the scared thing, and hugged the poor thing.

A few years later, she now lives on her own and lives on the outskirts of Ponyville as a Latex Play Mistress, where she will have ponies pay to get encased by her.