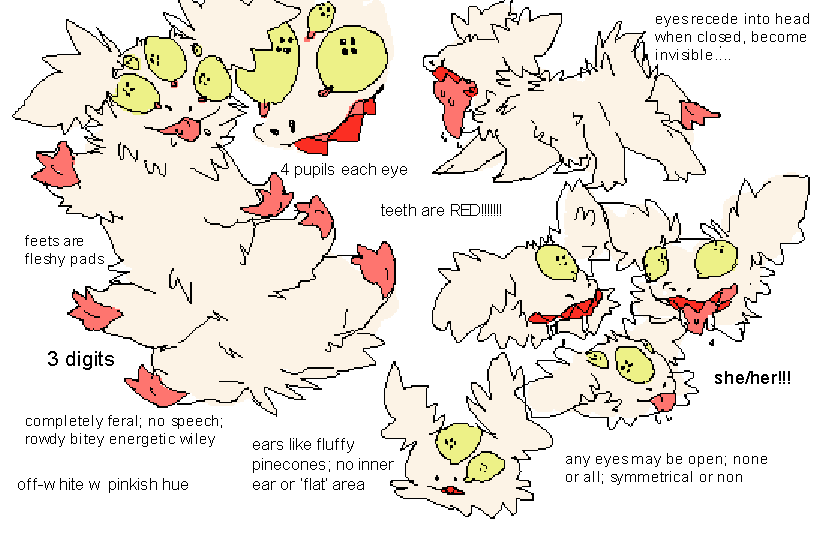 another fursona-- Nugget is a completely feral animal, sized anywhere from similar to a ferret to closer to a bulldog (im not a consistent guy, it's just whats fun). She doesn't have a conscious thought in her pea brain... all instinct and impulse. She has nooo awareness of how small she is, and what she shouldn't growl at, which gets her smooshed and eaten a lot.

She's pointlessly aggressive and tries to fight everything the moment she sees it.... she bites ankles and chases, but she's also very small, disorganized and pathetic so she's easily overwhelmed, subdued, tricked, or picked up and thrown elsewhere. Just bite her back and she'll becomes (sorta) friendly

she was originally designed by Matuska and then tweaked by me!