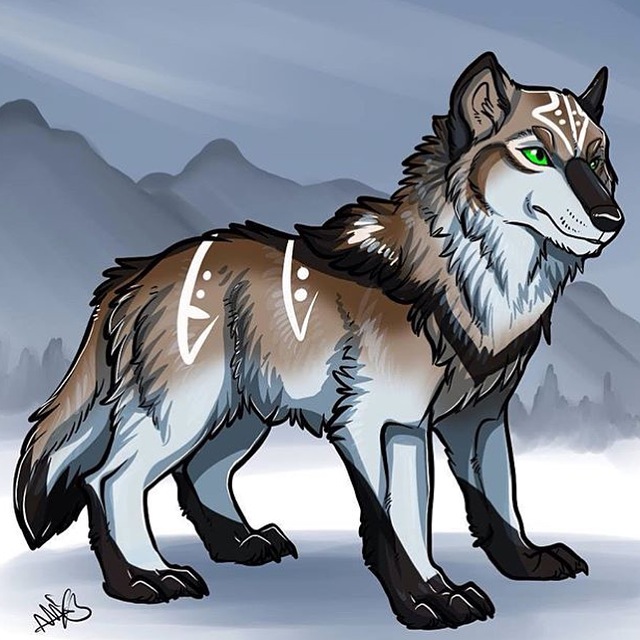 I adopted this guy from namastewolf on FA/Instagram a while back. I love this guy ;u;

Solitude is an ageless, immortal spirit wolf that wanders through the ages helping those that need him. He never does anything for praise or reward. Though he usually has a very serious demeanor, he has a very kind and gentle heart. He is almost never seen by humans, and only the pure of heart can see him, though this is maybe once every half century and is never of Solitude's will (the most a pure hearted person can see of him is usually a glimpse of him in the corner of their eye). The one day of the year that he allows people to see him clearly in this form is every year Halloween, when many other spirits also manifest themselves. Though on the second day of Día de los Muertos (Day of the Dead, Oct 31st - Nov 2nd) on November first, he manifests himself in his his Day of the Dead form to the ailing and mourning spirits to calm and comfort them. During this time, he only manifests himself to the mourning spirits, never to humans.