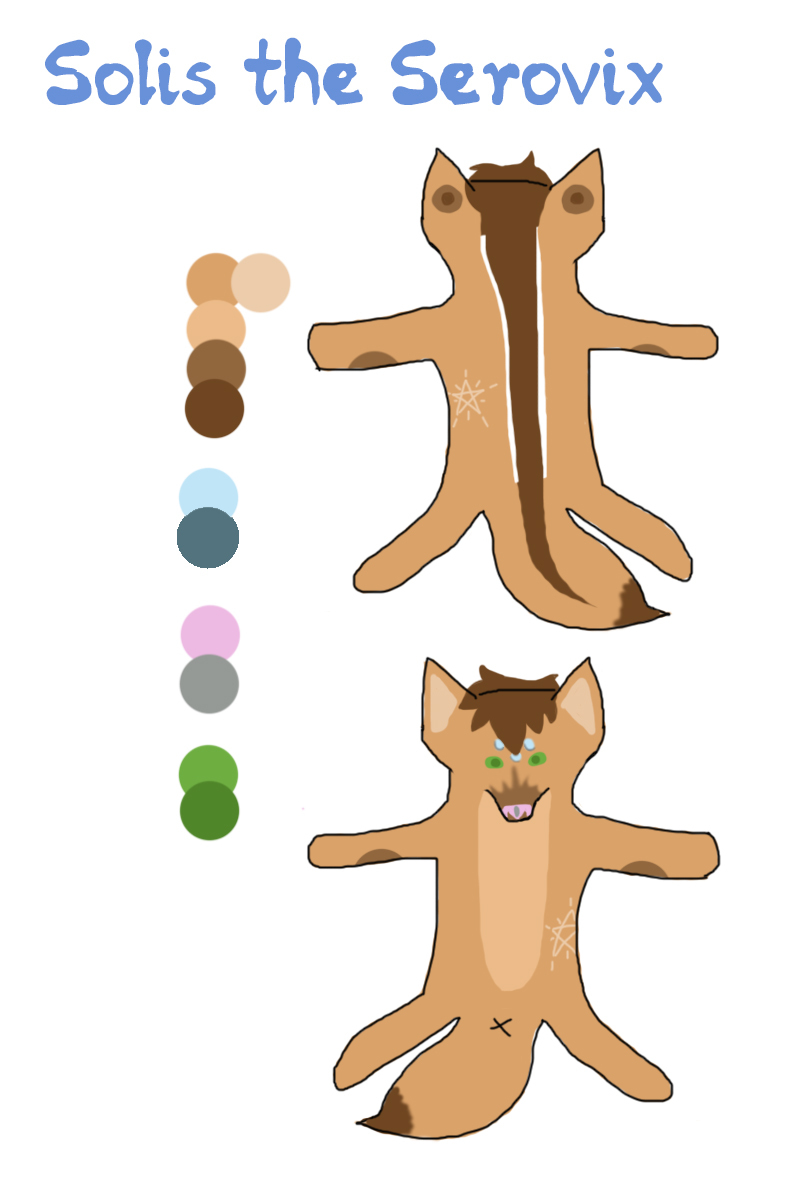 Heh. This was my first official fursona.... so yeah. I've had her for like six years.
Someday I might make an actually ref sheet..... maybe. Until then I'll have to make do with this...
Her personality is very kind, shy, generous and easily blends in with the crowd. Though when she is defensive or protecting someone/thing she tends to be very bold and lashes out. She is very loyal and testing, which is one of her faults and usually finds herself betrayed in those situations...
Her species has a bat like nose that is typically pink like a possums and they have huge ears like a Serval cat, though she prefers to keep hers laid down.
In addition to having almost supersonic hearing (can hear a heartbeat up to a hundred feet away), they also have very acute vision.
Those 'gems' upon her brow and forehead are actually eyes that closely resemble a snake's. When sleeping they take a foggyish jewel like form. When awake they are crystal clear and have deep colored slitted pupils. Older Serovivles can actually use these eyes to watch for predators when asleep. The extra eyes can be any color, the rarest being blue, black and white.
Their pelt colors are typically colored to blend in with the hot savannah and deserts, but can vary in pattern and colors. Her's is meh logo, a shining pentagramish thing.
They have one large blot on the back of their ears that they can rotate (like an owl's head) to make themselves look like a furry cobra and have fangs that are similar to a serpents as well. They have the ability to fold up they fangs into their mouth as well. They only display these when angry, hunting or to intimidate others.
They have four toes on their front toes including their dewclaws and have five in the back, though not necessarily having dewclaws.
I can't think of anything else.