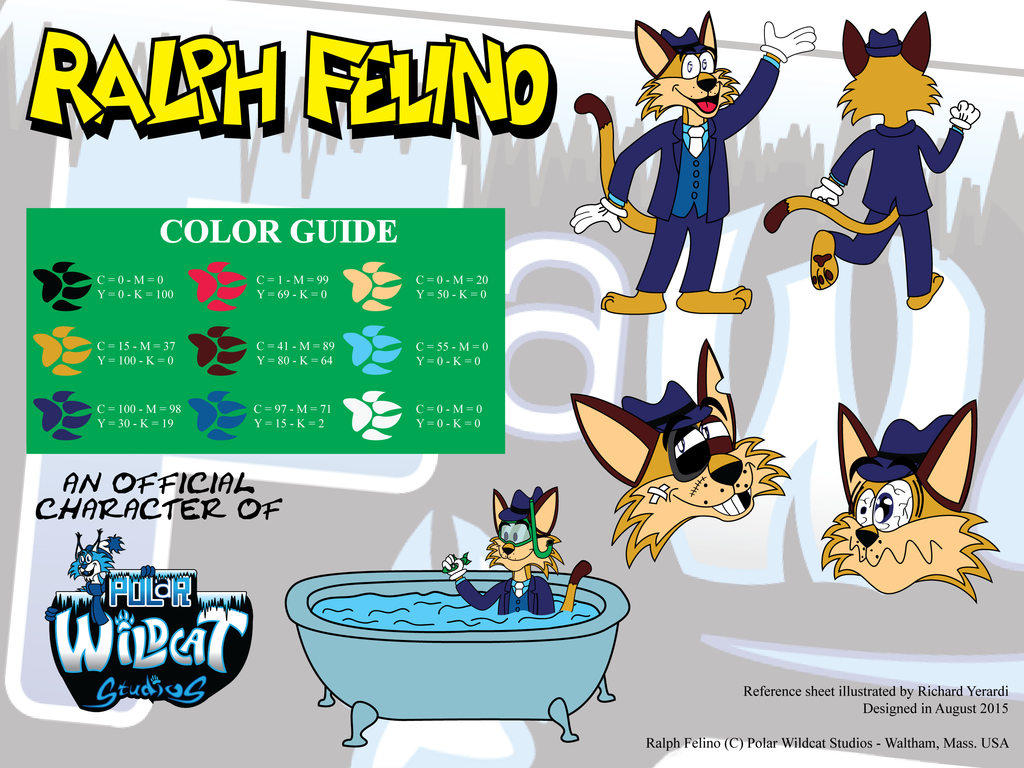 Ralph Felino is a toon mountain lion - a stereotypical classic cartoon anthro with charm, kindness, humor, and wackiness. Despite being a mountain lion, he's not nearly as dangerous as many would expect. In fact, he's also cowardly, sensitive, and a bit of a crybaby at times, not to mention unlucky and clumsy as well, but still a good, friendly toon.

While how he managed to enter the real world from the cartoon dimension is a major mystery, rumor has it that an abandoned animation studio in Hollywood has a secret gateway leading to the cartoon universe. He has what some people call the "Toon Gene", meaning he possesses many toony characteristics that real world characters don't possess. He could get flattened, blown, hit in the head with a hard object, fall from a really high place, hit by a vehicle, or have any other catastrophe come his way, and survive (but, of course, still have injuries). Ralph is always, and I mean ALWAYS, seen with his suit on - 24/7/365. He goes to bed with it on, swims with it on, plays in the mud with it on (if he enjoys playing in the mud), takes a bath with it on (as seen on this ref sheet), etc. And since he's a toon, he can get away with keeping his suit on all the time, LOL.