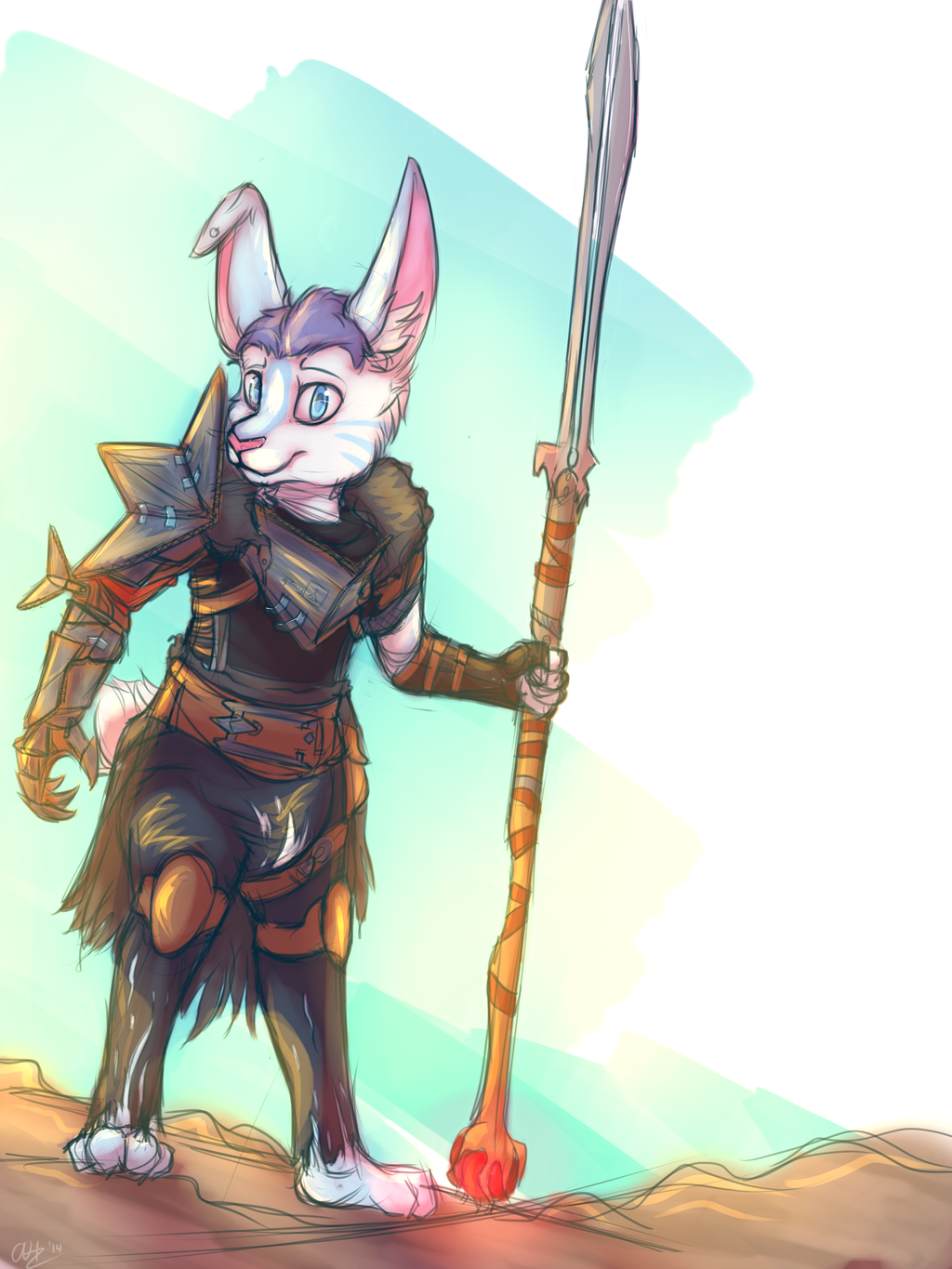 Kaythen, or Kay as he prefers to be called, is a Cheshire Bunny of a highly magical nature. Able to shift and alter his age at will he isn't really bothered by keeping track and doesn't really think about things like 'only adults can do this' or 'I'm too young for this' preferring to just live and experience things as they come.

Personality
Though he doesn't enjoy admitting it, and will seriously deny it if someone points it out, Kay is a bit of a loner. He enjoys being on his own and just relaxing, exploring nature, staring up at the stars, playing a calming video game on his own.

Not to imply that he's rude or purposefully hides himself away or anything, Kay is actually rather friendly, getting along well with most anyone he meets. He can be very outgoing when the moment arrives, and due in part to his loner nature is fiercely defensive of the few true friends he makes.

Outfits
Kay is currently wearing his favorite cosplay outfit of Mage Hawke from Dragon Age II, and yes your eyes are definitely playing tricks on you, cause there's no way such a super awesome mage with limitless power would be wearing a diaper...

When not dressed up as Mage Hawke, Kay can normally be found in a simple t-shirt of some light-hearted color. If he's at home he likely won't be wearing anything else, leaving his diapers on full display. When out and about though, Kay reluctantly wears a pair of jeans, sometimes baggy enough to hide his diaper-bulge, other times...not so much.