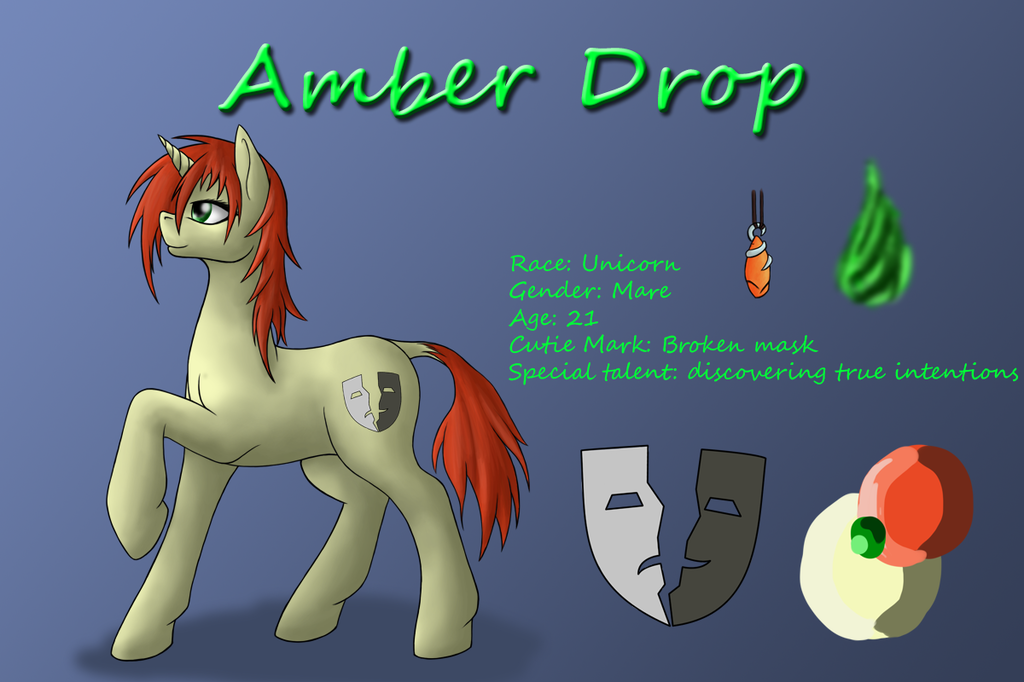 Amber Drop is a light yellow unicorn mare with a red mane and tail. Her deep green eyes and
the green tint of her magic sometimes make other ponies suspect she might be a changeling.
She’s quite tall for a unicorn and appears to be more athletic compared how slim unicorns usually are. Her tail has a slightly longer shaft with hair that starts to grow only about a hoof-length from it’s base. It’s a pretty rare trait, very uncommon among modern unicorns in Equestria. She also has a tiny scar behind her right ear from a head injury she suffered during her last year in the academy, it’s usually covered by hair.

You can read more about here in this document:
https://docs.google.com/document/d/1f3kzFp5fRMX3EyWlBJ5D1sk8aKr5z_1aiUjrD7LOPPo/edit