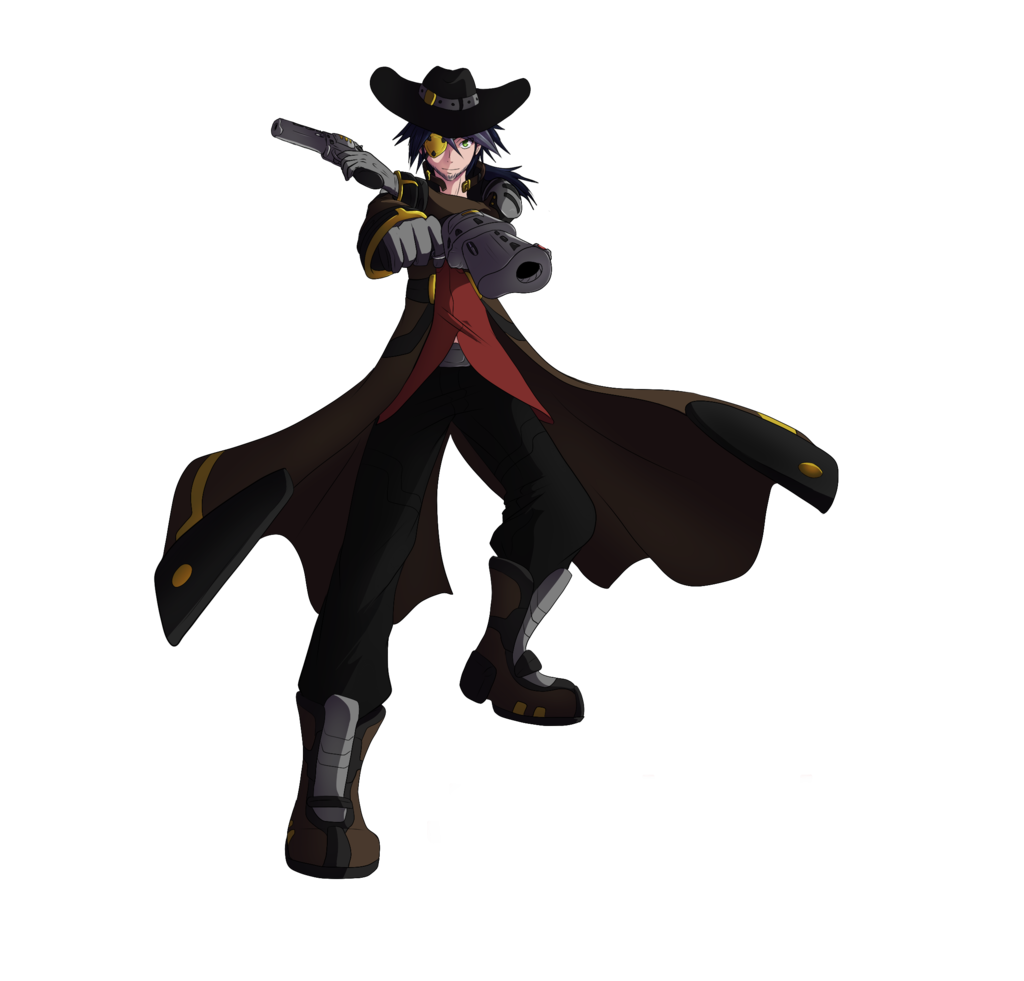 Donned with huge guns, a black hat and a Southern accent, Jet is funny, dependable and hardworking. He’ll do just about anything to brighten up someone’s day by purposely/accidentally making a fool of himself, or using an assortment of voice changes to fit the situation. In battle, he becomes a dual-weilding bullet hose, and anyone he puts down will most likely not get back up. However….he has been known to be somewhat trigger happy and overestimates his own skills.

He is usually seen with Moha and Dusk. It appears the three are inseprable, very much like Kotaru and the Clover Four. One doesn’t normally see Jet with any sort of negative expression, but that doesn’t mean that they don’t exist for Jet.