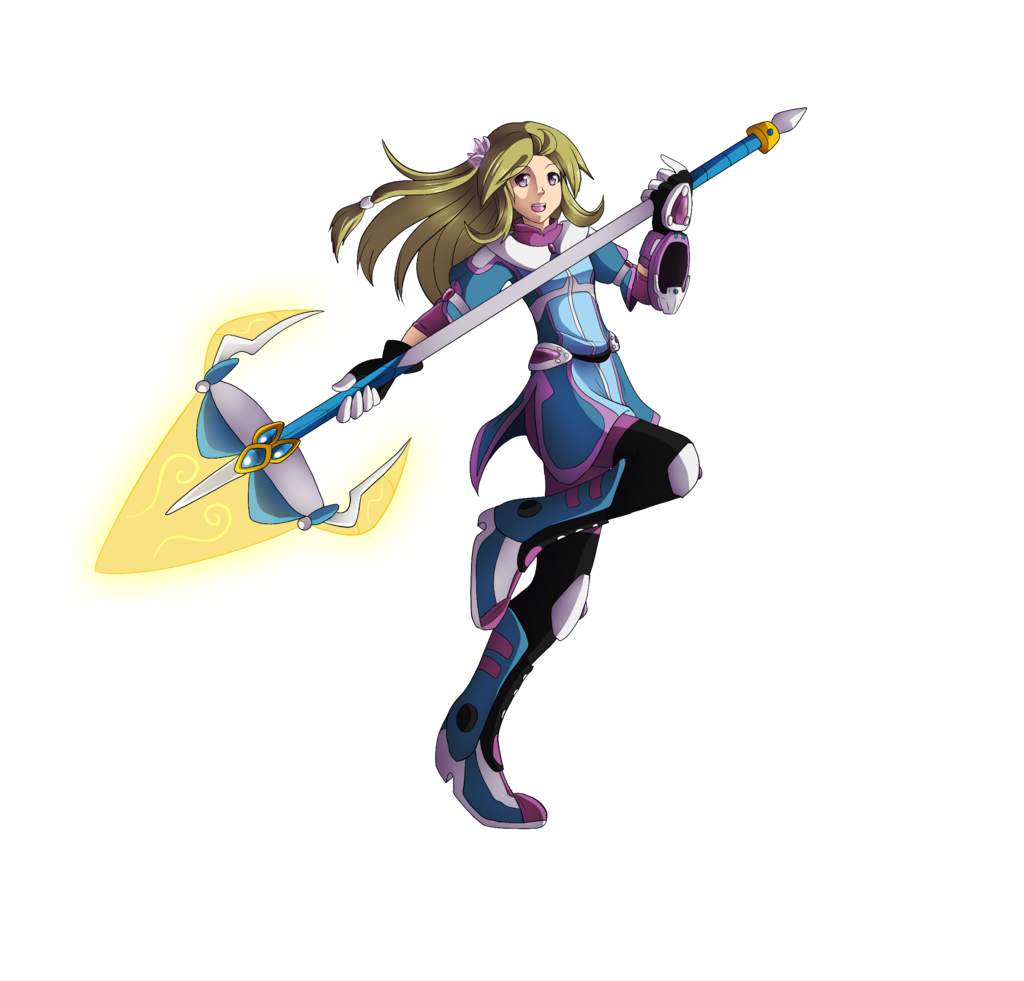 The little sister of the group, but that doesn’t mean she’s useless. If anything, she’s the opposite and does her very best to make sure she’s not useless to her family. Shion is the scanner and data keeper of the group, and she does a great job parrying attacks, but she IS afraid to kill and loathes the day where she would have to be forced to make her first kill. Shion very much admires Kotaru, since he’s brave and strong and was also the big brother figure that she spent the most time with growing up. To her, Kotaru is an awesome hero.

Naturally, she’s sweet, bubbly and kind, but she’s just as much of a pushover outside the battlefield as she is inside. Regardless, she makes it her duty to make sure that everyone, namely Kotaru, is happy and smiling, and thus dubs herself the “Soldier of Smiles”. Loves children, butterflies, dragons and oreos, but she doesn’t seem to speak her mind much.