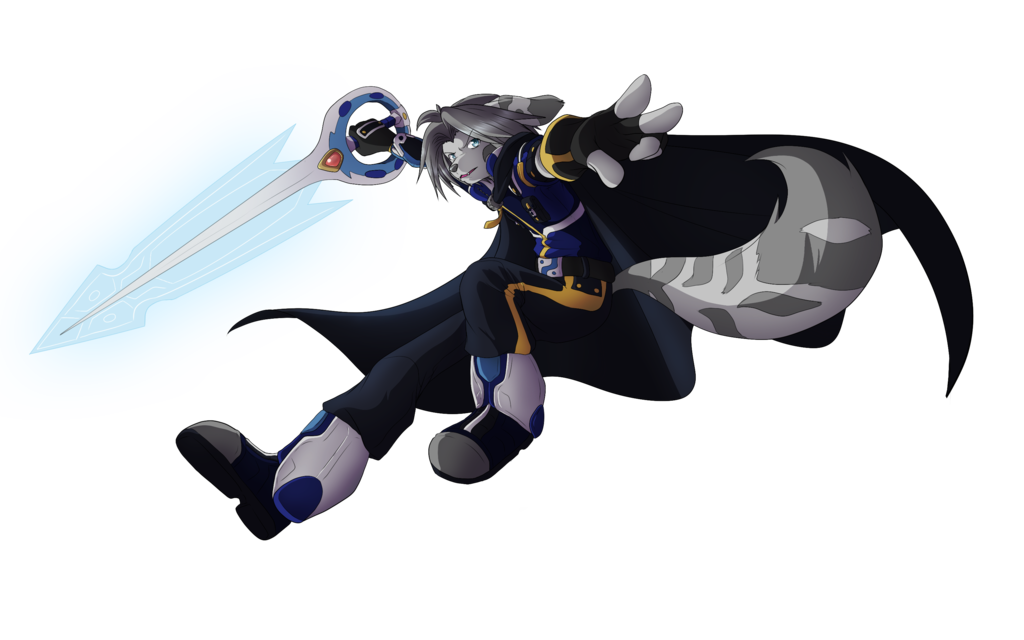 On one end, he is reckless, impulsive, ambitious and a bit of a show-off. On the other end, he is optimistic, confident and good at heart. In battle, as mentioned before, he is hot-headed and it’s actually difficult for him to follow directions that doesn’t suit his fancy. Sometimes, he makes his own plans on the spot, regardless if it’s ungloriously dumb or not. There are times that they, more often than not, piss the rest of them off. So long as the majority can benefit from his decision, then the decision was right for him.

He holds his makeshift family, the Clover Four, really close, since he grew up with all of them. Despite being a completely different species from everyone else, they all still consider him family as much as he considers them the same thing. He likes to poke fun at his older brother, Ryosuke. Joke around a lot with the snarky sister, Narulay. And he dotes over his little sister, Shion, like the precious butterfly she is. No family is without their occasional problems, though. He has trouble trusting Dusk, Jet and Moha….especially Dusk.

What everyone doesn’t know, however, is how much Kotaru can dream. While upon first glance, he doesn’t look like someone who can sit and think, he does just that on his downtime, and sometimes it’s astounding how much he can think about. As such, Kotaru is idealistic, yet naive at times. Unbeknownst to everyone, Kotaru secretly, yet strongly desires a change in the world. But even with whatever skills he has…

What was always stopping him from doing so?