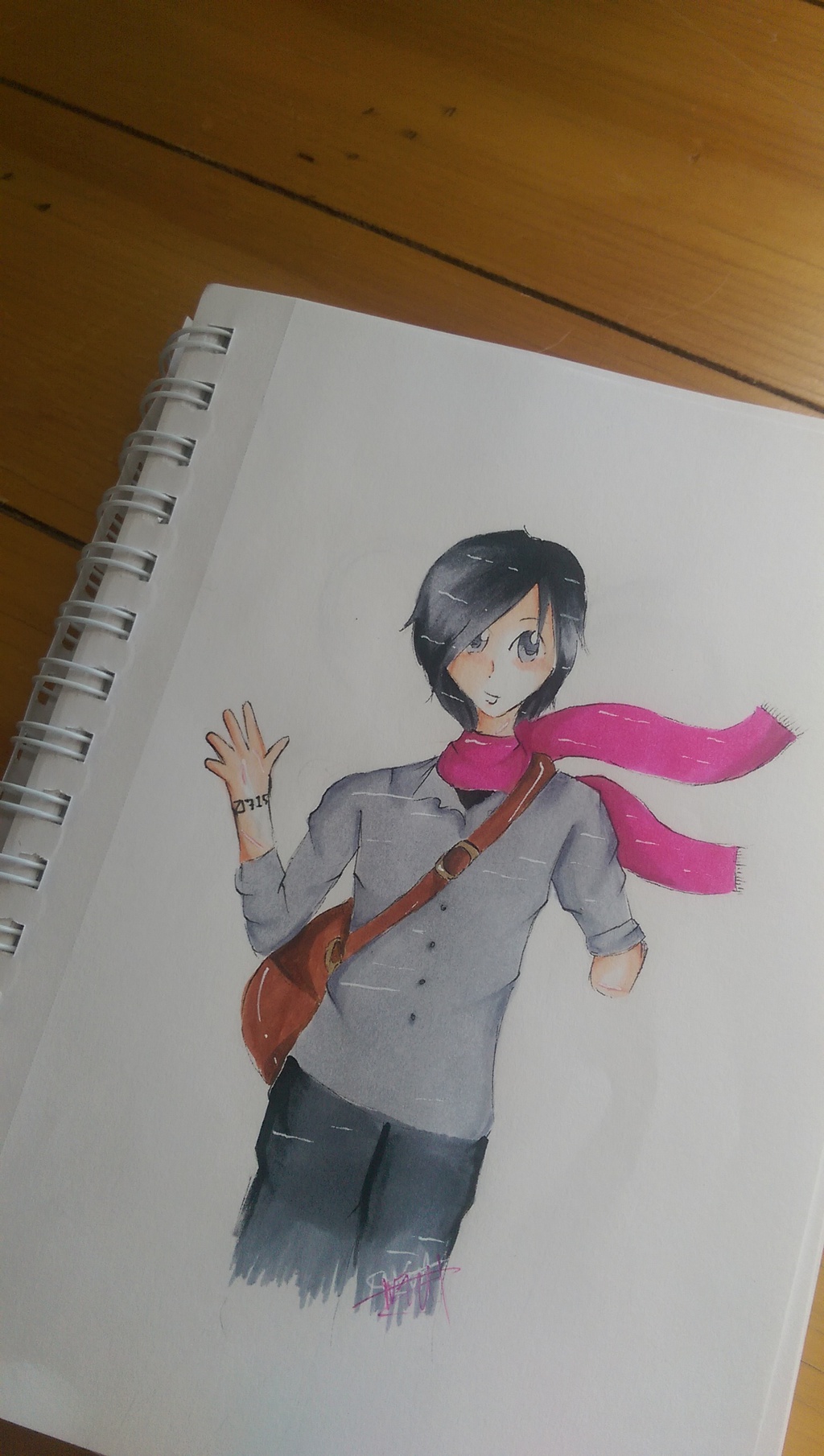 Hair type: Black, can be parted to either side, straight, and extends to the top of his neck.

Clothing style: Loves cardigans and V-necks, as well as button-up shirts, and long sleeves are typically rolled up around his missing hand. Prefers to wear black, greys, reds, and purples. Always wears scarves, regardless of the weather. Footwear mainly consists of slip-on Vans, and he rarely, if ever, wears shoes with laces.

Relation with other characters:

Maksim Prokopenko- David met him after asking him for directions, and a close, brotherly friendship between the two eventually formed between the two. They bicker like a married couple due to their vastly different personalities, but they care deeply for each other, eventually even moving in together.

Ari Openshaw- Long story short, David met Ari through his job, when he realized that his three-year disappearance was connected to a string of murders in the same area. Due to his efforts, Ari was eventually found, disfigured and emaciated but alive. David ended up caring for him throughout his recovery, even inviting him to live with him and Maksim, which he still does. Ari is very dependent and clingy with David.

//if you want your character to get to know David, let me know and they can roleplay!