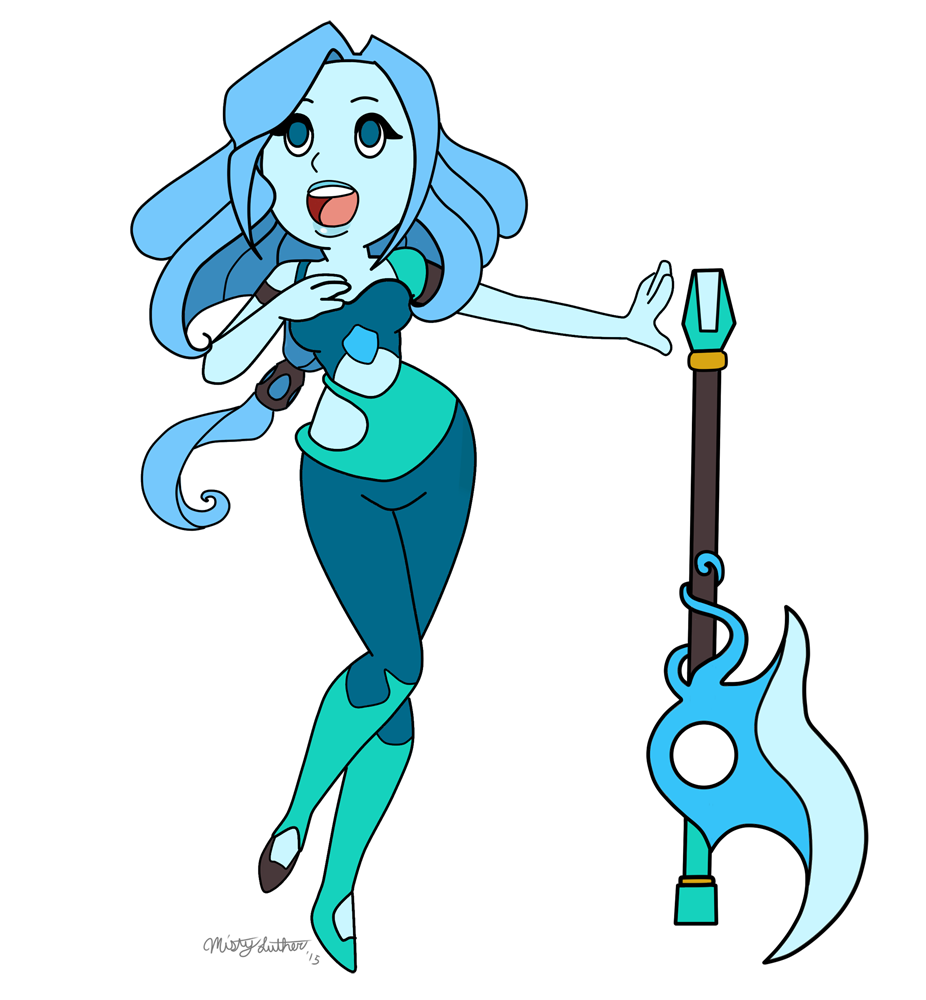 Goes by Chryso for short.

Gem Lore:
Chrysocolla is a stone of communication and serenity. Peaceful and calm, it can boost inner wisdom, clarity of thought, and empathy. It emphasizes the power of words.
A talisman of musicians, Chrysocolla boosts natural musical ability.

Personality:
Serene, kind and caring, Chryso often tries to help others with their problems. Her empathetic nature often finds her acting as a bridge between people when arguments or problems arise. She is a calming influence to those around her.
She can be made curious by, and sees beauty in, every day things.

Inversely, Chryso herself tends not to bother others with her own problems. She is occasionally prone to bouts of self doubt, and does not always recognize her own worth. She can be self-conscious, some times overly worryies about her actions. Her serene manner can make it hard to tell when she herself is upset or unsettled. Exerting her own calming effects on others can leave her feeling drained.
Tidiness is not her strong suit.

Weapon: Battle "Axe"
Although it has a cutting edge and lacks strings, it can also be played as a guitar, aiding in the power of Chrysocolla's other abilities.
Chrysocolla can also cause the axe to hover, than throw it in a spinning attack. Some time Chryso will simply play her axe for entertainment.

Abilities:
Chrysocolla's singing can act like a buff to allies, calming them during battle, and boosting their own capabilities through increased focus.
It has a chance to charm opponents, or diminish their desire to fight.
While singing for entertainment, this ability magnifies the feelings and meaning of her songs.

If anyone has a Gem/Gemsona and would like to Fusion with Chrysocolla, feel free ^.^ I'd love it if you would show me though.