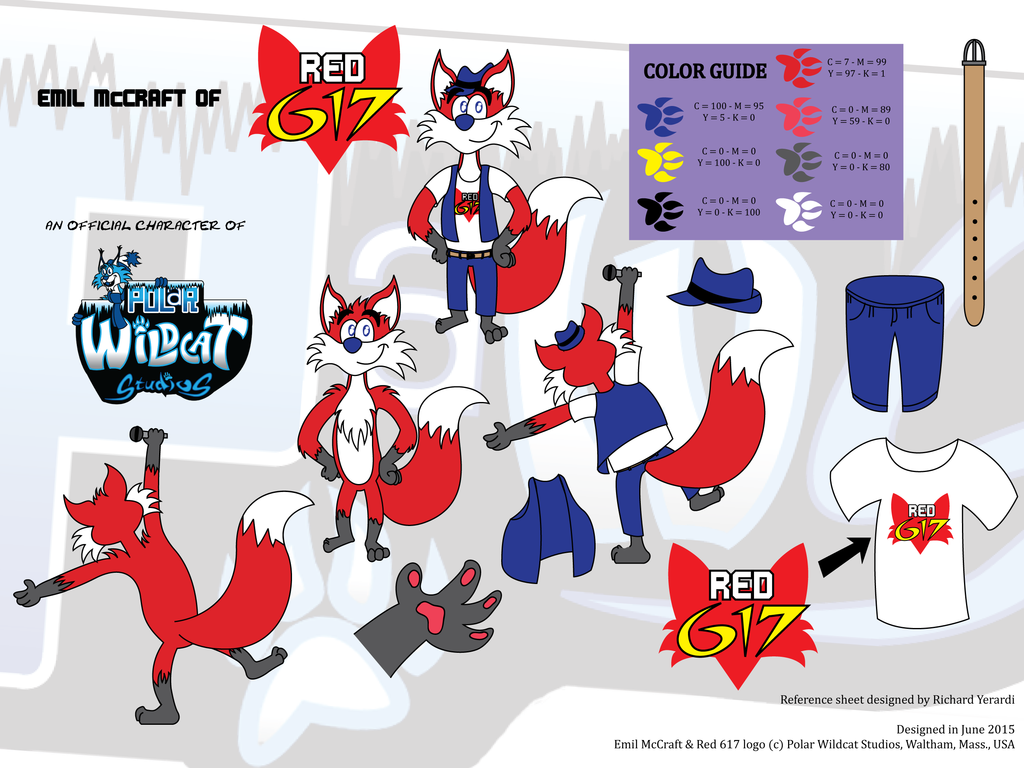 Emil is the vocalist for Red 617. He and his music partner, Flashover write and record music together.

Emil believes because he is a fox, he automatically possesses "sly powers". However, he also claims he doesn't use his slyness to do bad things to good people. Emil usually does try to do good. But there are times he also does stupid things, thinking it's clever and charming. Flashover tries to keep Emil from making his species look bad.

Outside of music making, Emil enjoys video games, cycling, traveling, and going to the movies.

Art by me
Emil McCraft (c) Me