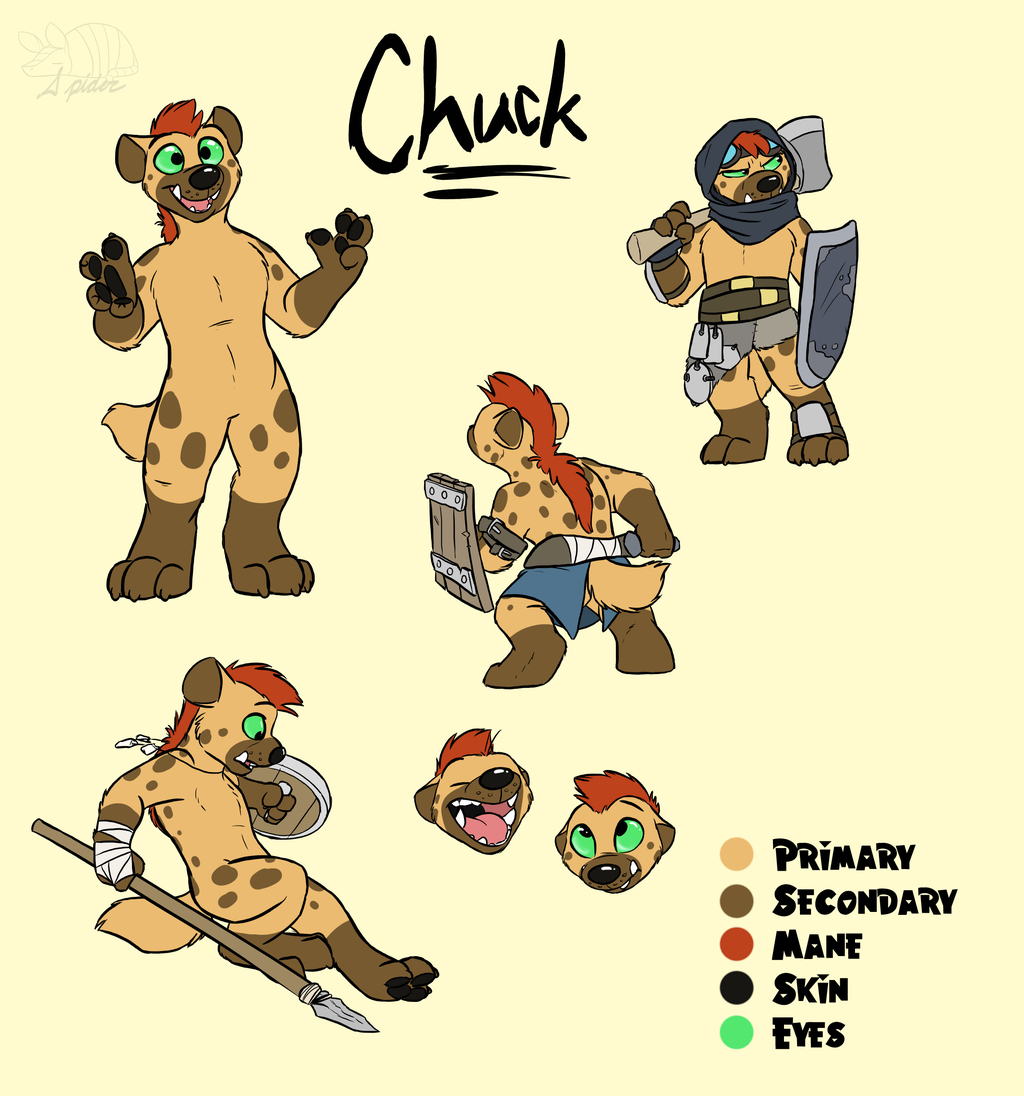 Chuck is a low ranking member of a struggling gnoll clan that live in the desert. He's been told that they once were a grand, large, powerful clan, owning fertile fields and pastures, but have over the years been forced back into the desolace of the sands. Food and supplies are scarce and mainly raided from unwary travelers passing through the region. Even still, they are more scarce for Chuck.

Chuck, for a gnoll, is small. He's only 6'5" and a very small build. Comparatively, the average gnoll is around 7'5" and weigh 300-400lbs of pure, hulking muscle. This is likely due to Chuck's slim pickings and further exasperated by gnoll culture rewarding the best food and equipment to the largest and the strongest.

This hasn't deterred Chuck tho. He's very determined, hardy and resourceful- often fashioning and utilizing gear from scraps he finds, and binging on whatever food and drink he can fill himself with on his solo hunts that he finds. His scarcity of food and resources do lead him to often "overindulge" if he ever finds a bountiful meal- often to making himself sick.

Chuck, despite being at the lowest rung of his clan and living in such squalor, is ever the optimist. He's happy, playful, and always dreaming of bigger, better things- for him and his clan. Chuck seeks to be larger, heavier, stronger hero and bring his clan to new lands and riches to see them prosper again.