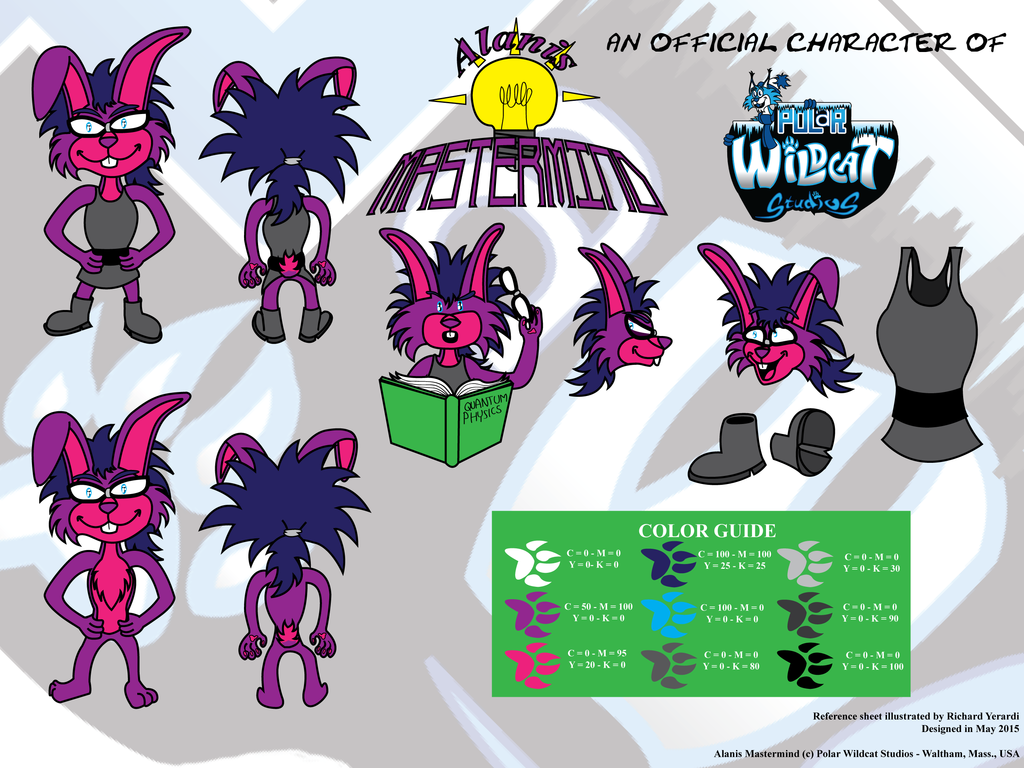 Currently resides in a secret laboratory somewhere in Central Florida

Alanis Mastermind is a rabbit of supreme brilliance. She is highly knowledgeable in science, mathematics, chemistry, technology, physics, and many other things. She is rumored to have an IQ of 407!

In addition to hear superior braininess, she's an elegant model. Her beauty makes many males attracted to her looks, while some (but very few) females envy her for her elegant appearance. In college, one student, who was a wolf, stalked and tried to hunt her down constantly, not to try and eat her, but instead, tried to date her. However, Alanis' calculated plots to stop this wolf fooled this wolf every time he tried to catch her (much like how Wile E. Coyote gets fooled in the Roadrunner and Coyote cartoons).