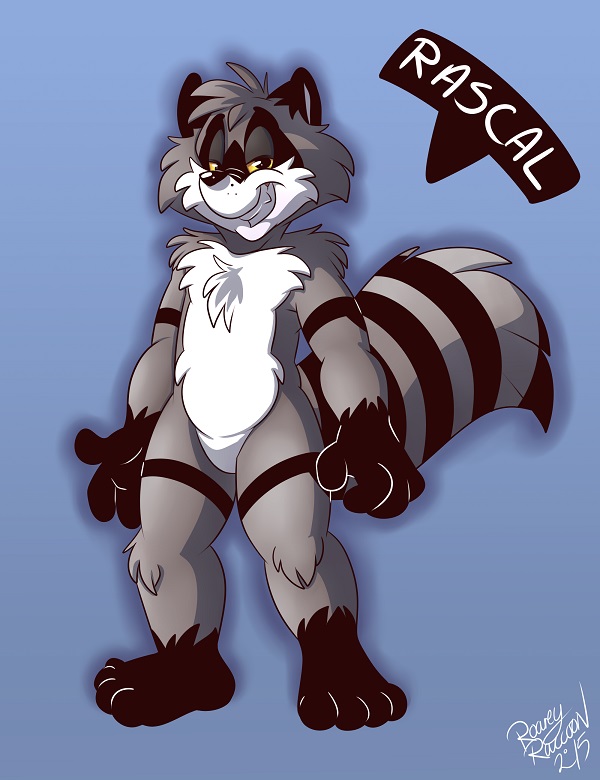 Rascal is one of those raccoons who lives up to stereotypes so well you'd think it was based on him specifically. He is my first true 'character' letting me break out of my usual 'shell' and do something a little different ... and a little more naughty. He's masterful in 'getting into things / places' in a variety of different ways. He's also Toon based - so random traps and other interesting things tend to be caused by him.

He's not a bad guy - hes kind at heart - but his tendency to see a shiny, want a shiny, takes a shiny gets in the way of him being seen as such ;)