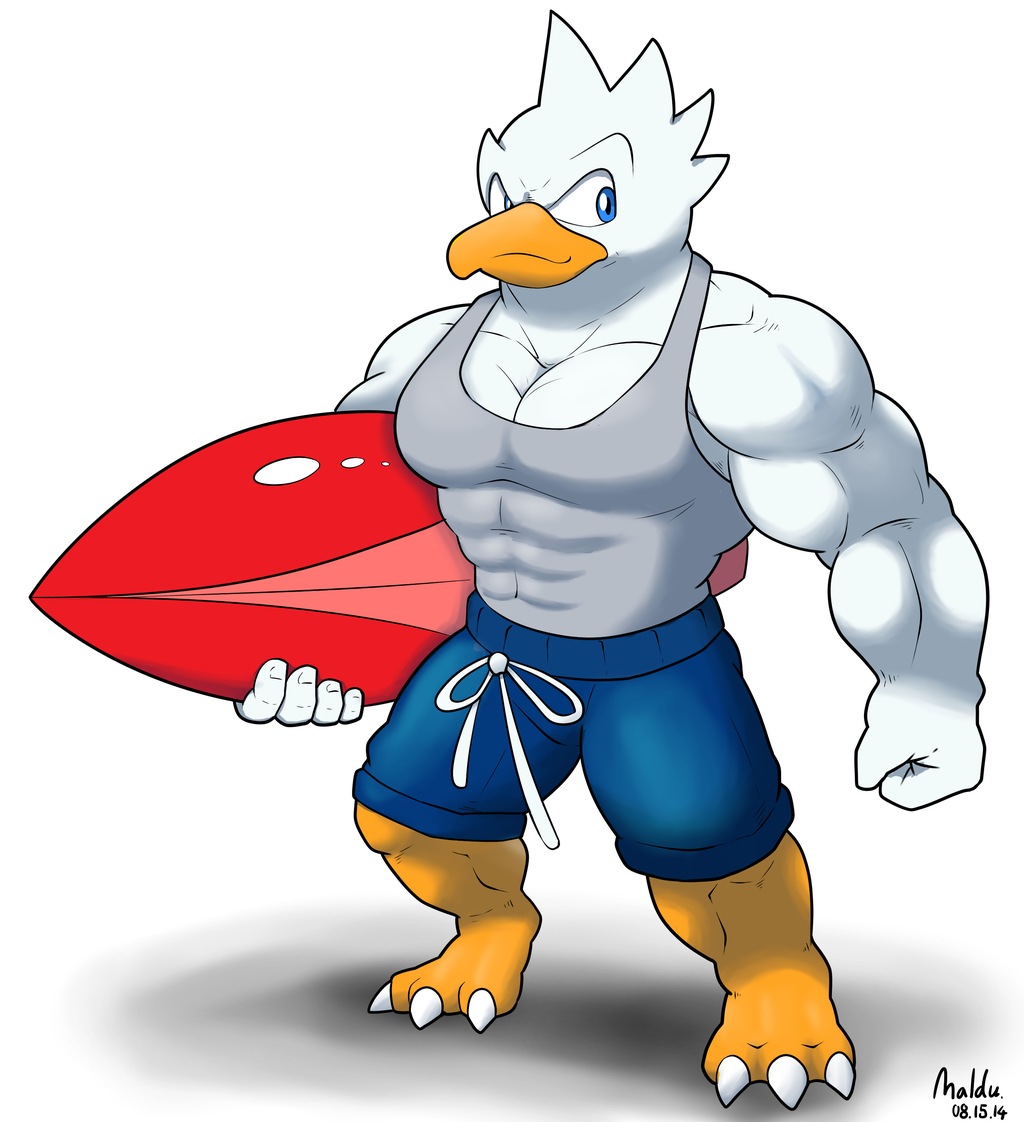 First off, this was a lineart commission from maldu
However, I later color the lineart.

Anyway, this white bird's full name is Alexander Wingston (or Big Al for short). He is a lifeguard and he can be seen on the beach surfing at several times. He's also the big brother of my other bird character, Mike Wingston (the bird on my banner)