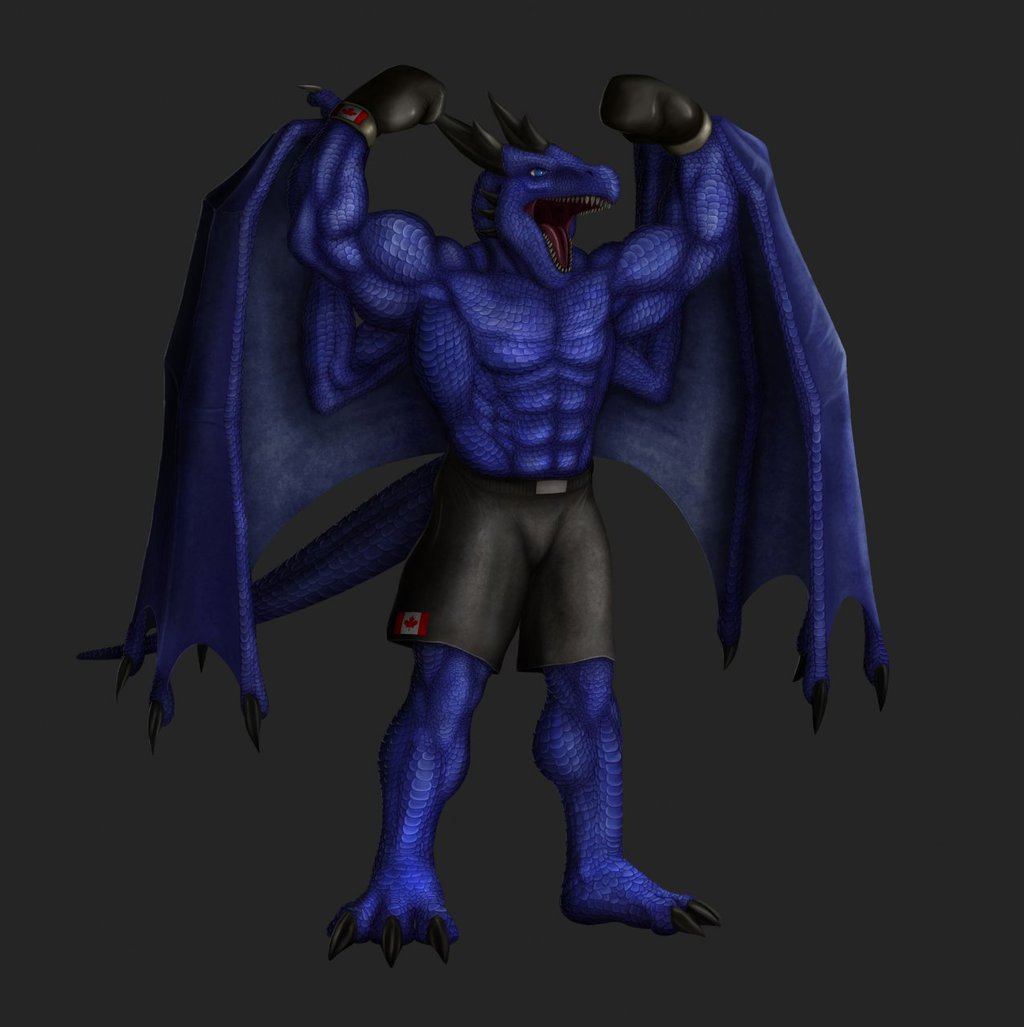 Tristan Roland Mason, born in Canada in the city of Toronto had a rather ordinary childhood. His parents had harsh lives however, as they were both born from city gangs consisting of separate species. Blue Dragons and Black Dragons are natural enemies, due to Blue's having a natural affinity for the forces of magic, while Black Dragons are naturally immune to it, making Blue Dragons a regular victim across centuries of enmity. His parents, however, fell in love after secretly seeing each other for a while, and when Tristan was born they fled Toronto to travel as far west as they could. Throughout his life, Tristan was mostly home-schooled. However, Tristan was never much of a student; even after needing to be put in a regular school at age 14 onward when his father lost his job in oilfield, he was never very good at all critical subjects, failing regularly in Math, Science, Social Studies and English Class. As such, despite having flying grades in Phys. Ed, Woodworking, Carpentry and even Welding, he was forced to drop out of high school when it rampantly became clear he would never graduate; his IQ test labeled him at a troubling below-average level. In short, he is highly unintelligent.

Tristan began life out of school working heavy-duty construction in Unity Falls at 20 years of age. It was at this time he also took after-work boxing lessons at a local gym, learning from a highly respected and recommended teacher. After completing his lessons, Tristan left his construction job and began his career in professional fighting at 22 years old, training his body, honing his boxing skills and taking the night-time rings by storm and gaining the ring title of 'The King of Midnight'. He first joined the UFC at age 29 after seven years of training, honing and winning regional competitions across the country. He bested every fighter in the Heavyweight division in record timing, the only one giving him any true difficulty being a Gryphon by the name of Blair Harrison, who had trained his body to the same limits that Tristan himself had. Their brawl dragged on until the bell was about to ring, but Tristan managed to score that critical punch that knocked Harrison clean out, and claimed the heavyweight championship. Three years later and holding the Championship he left the UFC to return to the regional rings, wanting new challenges, and eventually found himself at an international competition back home in Unity Falls, where he took on a legendary Japanese martial artist named 'Bushido'.

Although it would later turn out Bushido was actually a member of the Yakuza, when his boss approached Tristan and tried to bribe him into throwing the match. Tristan refused, and soundly defeated Bushido in the ring. He was jumped by the gangsters, who tried to murder him with automatic weapons only to find they could inflict no harm upon him. When Buniq and Kieran intervened, the gang boss was apprehended. Tristan was then invited to join the Os-Nadarra, and with the idea of taking on super-powered baddies that had managed to out-fight even an entire country in his head, the dragon could simply not refuse. His hereditary traits proved invaluable as he was a virtually unstoppable force on the battlefield; werewolves broke fangs and claws trying to bite him, mercenaries wasted ammunition trying to stop him and even the biggest, strongest demons were no match for him.

Tristan has more than just raw power and a virtually impenetrable body going for him. He also has the inherent power of Shadow Breath, gained from his father; Tristan can breath pure, concentrated Dark Matter in a weaponized form. This is his only power however, and despite being a juggernaut he is not completely invulnerable. As a dragon he also has heightened senses; terrific eyesight in the day and night, but at dusk and dawn, his vision becomes blurry and he cannot focus, making it hard to function. He also has highly sensitive smell and hearing, is still susceptible to pressure point attacks by those who understand dragon anatomy, and is not completely impervious: his scales can still be penetrated by a large caliber round such as the bullet of an Anti-Tank rifle; a straight shot at 30 yards will penetrate his scales, and even a glancing blow with cause internal damage. Still, in straight-up, head to head combat, Tristan has proven he is virtually unbeatable, truly worthy of the title 'King of Midnight'.

Despite his flaws of rampant stupidity, Tristan has some good points. He is very good with children, highly dependable and sometimes proves he's actually pretty handy; he's the only one of the group that actually knows how to weld, and can even repair broken furniture with his woodworking and carpentry talents. Also handy for dealing with that neighbor who likes to block your driveway...

Tristan has not appeared in any arcs so far.