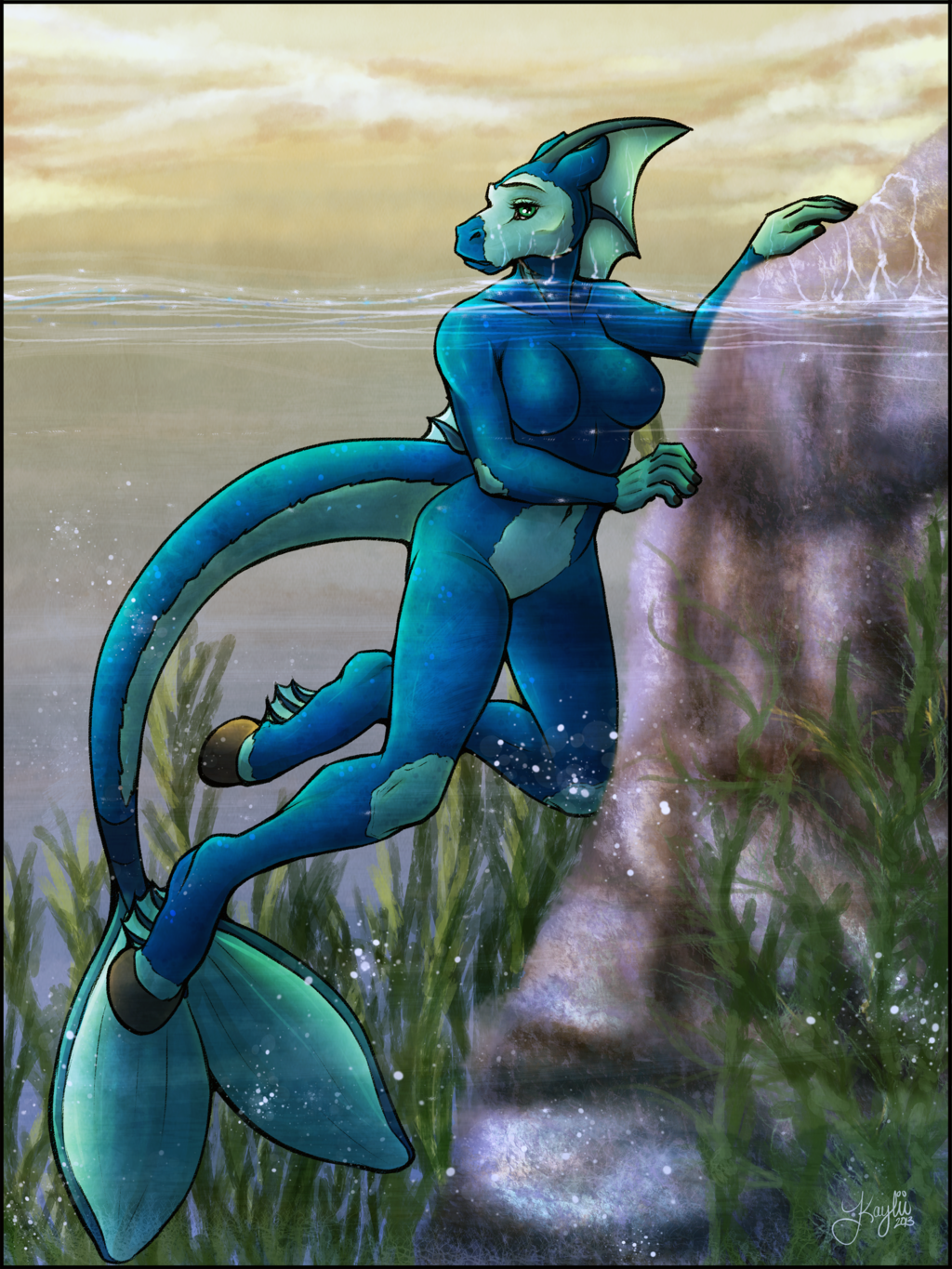 The deep dweller from the Aegean Sea, Serena's species has lived hidden deep below the shores of Greece for centuries. The hippocampi, created by Poseidon himself, are a peaceful species, having evolved to anthro's at Poseidon's discretion after the need to use them as steeds became unnecessary, and since then have lived in solitude and passive splendor since the fall of the Macedonian Empire of Alexander the Great. Serena was taken prisoner by a splinter group of the I.T.O.U.E who, after their defeat in western Canada, had fled to Europe to escape the pursuit of the Canadian and American military, fleeing by way of a massive, underwater sub. Over a year later the sub made a new voyage into the Aegean Sea, and there they discovered the Hippocampi, and Serena was their unfortunate first catch.

But soon, when they made their way north seeking new targets, they ventured near Scotland. While happening to be visiting his ancestral homeland, Volcan heard rumors of activity along the shores of the English Channel that reminded him of I.T.O.U.E activity, and so he gathered up his team and went to investigate. Finding the I.T.O.U.E took some time, but upon discovering the submarine they entered the massive vessel, infiltrating it, and eventually found and rescued Serena. Since then, while slowly learning to speak English, she has been part of their team.

Serena is not actually her real name. Her Greek name is just too hard to pronounce, and so in honor of her pacifistic nature, she was given the name 'Serena' by her new teammates. She proved herself a capable member in time; although she is never the first to throw a punch, her years of living on the ocean floor has given her superhumanoid strength rival to that Volcan MacAingeal, able to bench press nearly the exact same weight as he, and she can also swim up to 140mph, faster than any ocean dwelling species in the world. She has both gills and lungs, able to breath air, fresh or salt water, but she can't be away from water for long; she dehydrates three times quicker than the average person, risking death in only one day's time. Still, she rarely has a problem with this, as she is also a talented in the art of Hydromancy -water manipulation through the forces of magic, and is also a talented healer. With these traits, she has become a valuable member of the Os-Nadarra, as none of the other members are as effective in the water -nor can they breath it, like she can.

Serena has not appeared in any arcs so far.