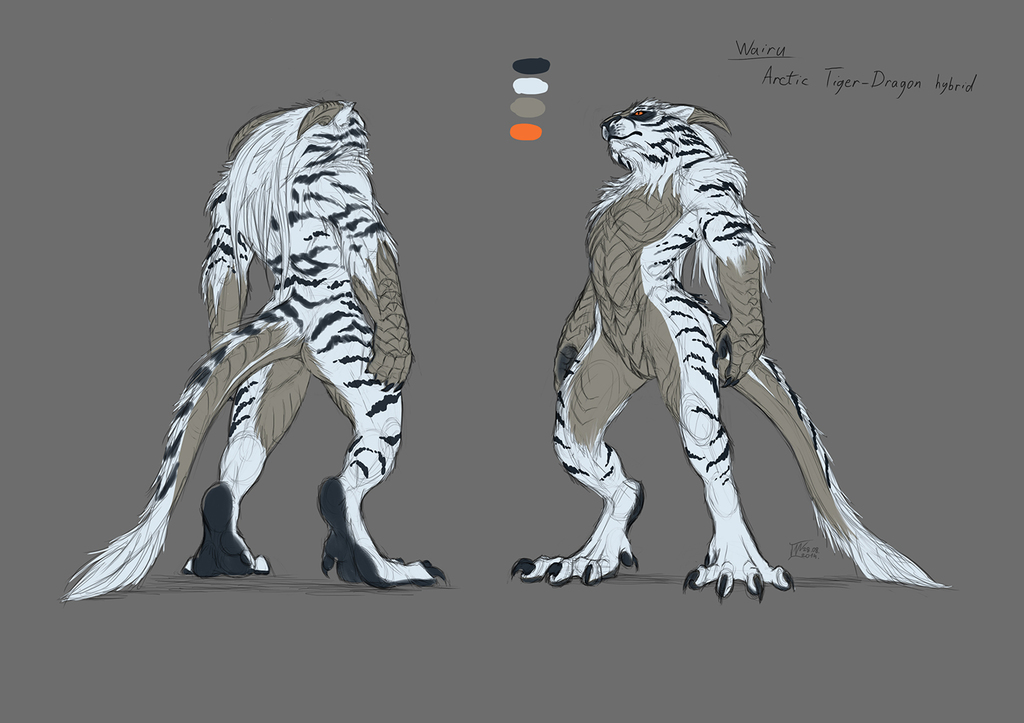 Wairu was raised by the Chongue, a society of monks who live in the mountains close to the skies where their temple lies and practice their religion.

As the monks realized what cub they had adopted, they knew it would be almost impossible to raise him within their society and would pose a threat to them, but one of the monk took responsibility to raise him and carve some on his attitude.
He have been put through several stress to face his shadows and have him realize what's good and bad, and eventually realizing he can choose a different path than his origins, and deny to go on violent paths.

The Chongue monk have been training him with pressure of mental, and physical stress to teach him master his emotions and its fluctuations, and needed quite a special supervision to check if he is heading on a good path.
The monks posessed a technique to ride the will of a Wind, and harness it to their will, and so they taught him to master airbending through different stances by maintaining his serenity and joy.

Over the years he became quite a calm beast, despite of his fierce look. He always loves a pleasant company to hang out with and laugh along with them if enjoying their presence. He loves a good meal, but is also aware he should not eat too much because the society he is in prohibits to eat too much as it would feed one's ego.

When provoked, he never initiates, but standing still, and even if one assaults him, he has his own defensive stance flows to redirect his opponents energy back to their own source. If the power of the wind is just not enough, the only weapon he could ever accept is a wooden staff, with which he can harness his airbending techniques through its shape stronger.