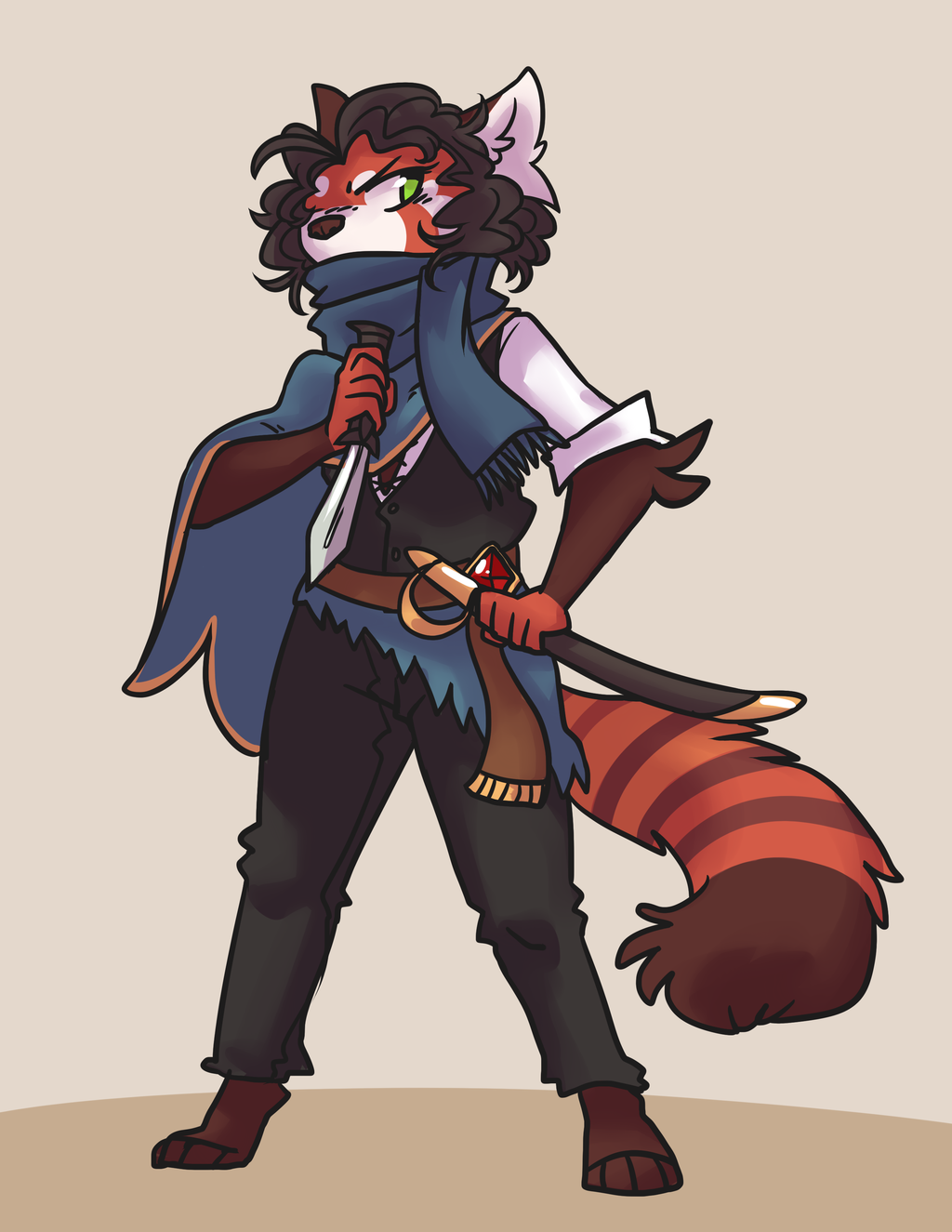 Cassandra is the Quartermaster of the crew and a formidable fighter. That being said, she's much better of a stealthy pirate then she is a full front fighter. As such she's usually the go to for stealing or silent killing. She constantly does her best to think ahead even when not needed, be it in fights or in day to day activities. She's not nearly as silly or uncaring as Scarlet is and she tends to think Scarlet a bit unruly at times. She's a bit more serious about matters and dislikes rum,booze, and things of the like but she absolutely adores wine. She cares deeply about the crew and couldn't care less about outsiders. She became a pirate so she could stick with her best friend due to feeling responsible for her safety and wanting to simply be with her alongside being a little criminal at heart as well.

Oddities:
-Silent and Deadly: Over the years she's become especially skillful in moving around stealthily as well as stealing, pickpocketing, and assassinating.
-A Siren's Song: Her charms and her ability to seduce those around her make her especially deceitful. All in all it just makes pick-pocketing and any plans go more in her favor.
-Trick or Treat: Sweets, snacks, candies, and so on are beloved by Cassandra much like how Scarlet adores alcohol.