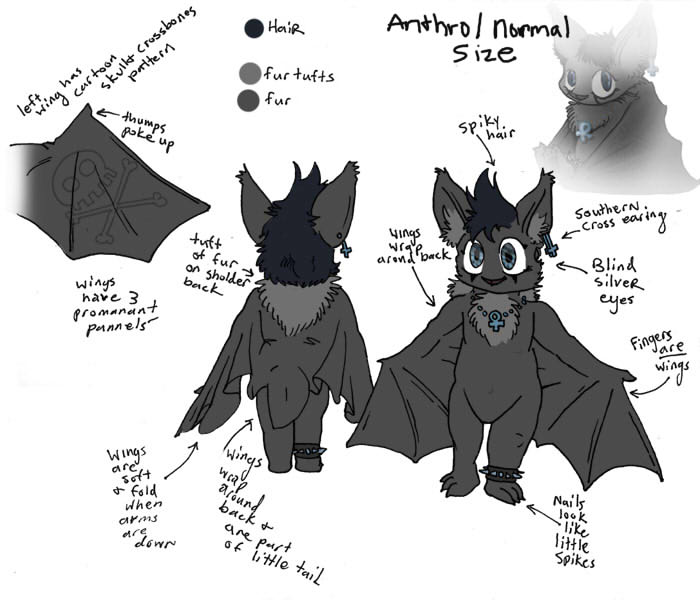 Oz is a gothic loving bat. He has an angst attitude and enjoys being alone. He's also blind, which is why his eyes are glazed over and he looks lost all the time. He manages with sonar like regular bats.. but doesn't let that bother him.

He has markings under his eyes, they're not makeup it's his face and enjoys his ankh necklace and other piercings and jewelry.

He relates to Angel a lot because they're both sort of miserable, but they can be together in the same room without screaming (unlike Angel and Spike).

Oz is an adopt that I love to pieces.