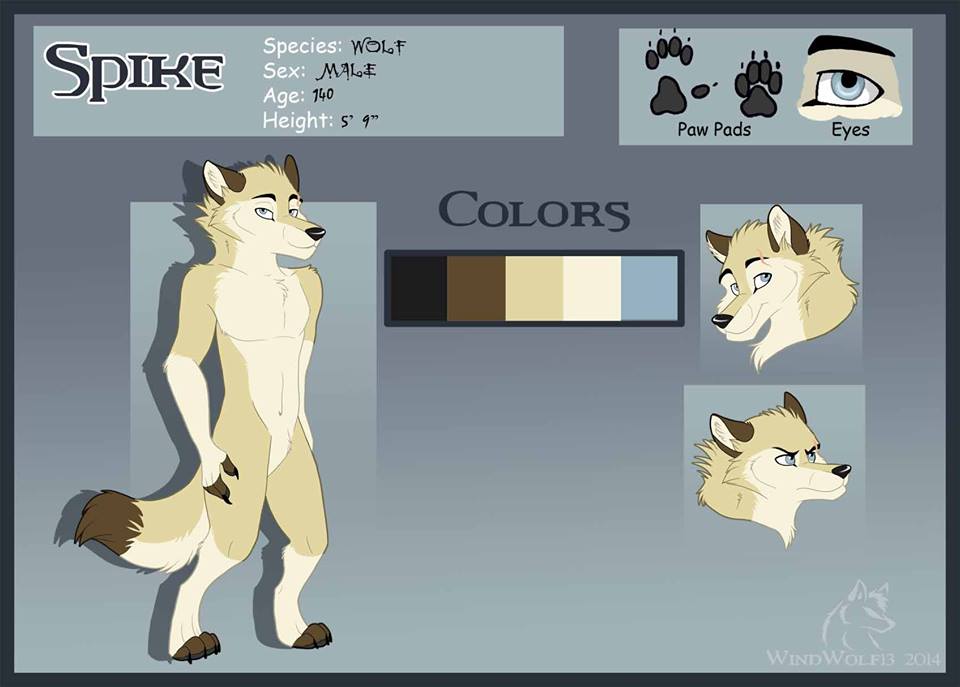 William Pratt (William the Bloody) aka Spike is a vampire wolf that was sired by Drucilla who was sired by Angelus.

Spike is a bad ass punk British wolf with attitude. His platinum blonde fur is a signature look along with his duster that he obtained by killing a slayer in the 1970's. He also has a scar on his left eyebrow from that fight as well. He went to Sunnydale to kill Buffy the slayer at the time, but ended up, in a long turn of events, falling in love with her and in the end helping her save the world. He is rough around the edges but is very affectionate when he gets close to you, even if he says he doesn't like you.. probably lying.

Spike is my favorite character next to my fursona. He's also based off Buffy the Vampire Slayer created by Joss Whedon.