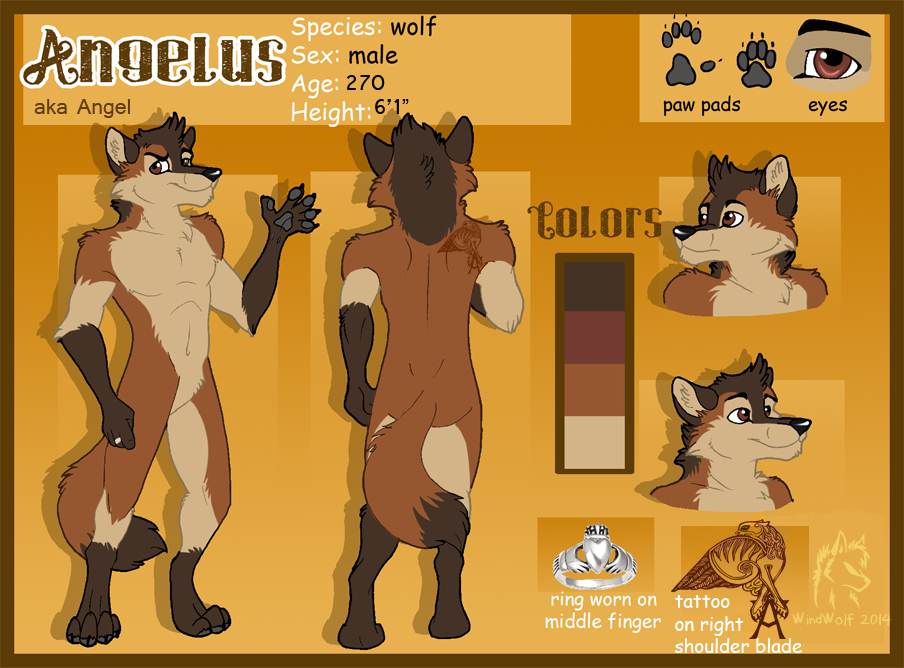 Angel/Angelus is a vampire wolf with a soul cursed upon him. He is to live every day of his life in suffering because of the terrible things he's done in his life before his soul. He can lose his soul only when he has a moment of pure and total happiness. He doesn't want to become evil again.. so he choses to be miserable and lonely.

Angelus is the vampire he was before the soul. He doesn't like to be called that since he is a new wolf with a soul so Angel is preferred.

He is friends with Spike and Oz (if you can call Spike a friend that is) and misses his beloved Buffy all the time.

Angel is based off the character Angel from Buffy the Vampire Slayer and the spin off Angel created by Joss Whedon.