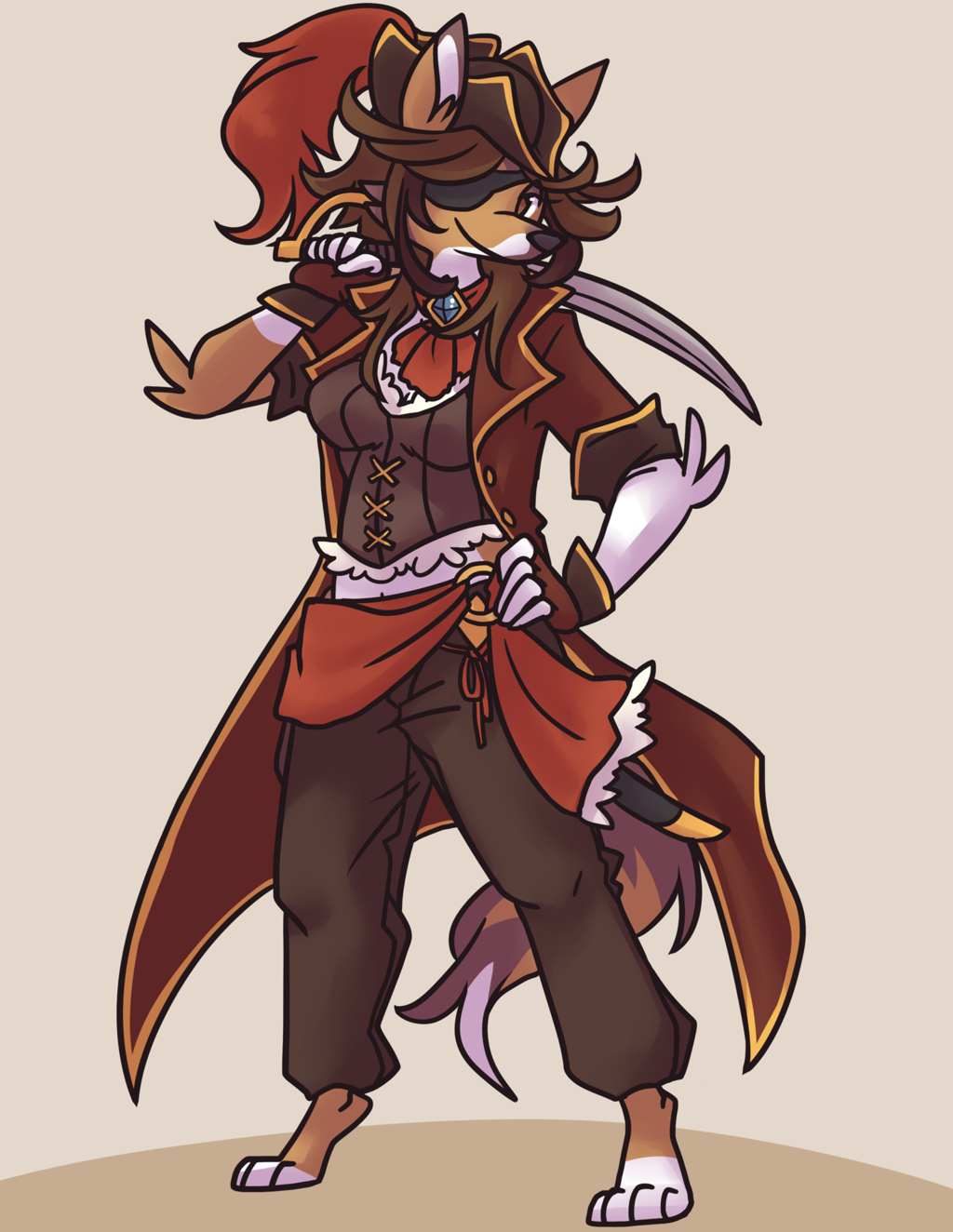 Scarlet is the Captain of the Crew and a valiant fighter, her skills and incredible battle-sense prove her right to be in her position by far. While she can be very serious and intimidating when it matters most, she's usually a silly uncaring individual. She absolutely loves her Alcohol and for whatever reason, has an inhuman tolerance to it. She cares deeply about her crew, but couldn't care less about outsiders. She became a pirate as she saw it to be the easiest way to travel the world and obtain and taste all kinds of rum, but her true reason is to find her father whom she knows is a captain as well.

Oddities:
-Looks can Kill: After having her eye torn out, she replaced it with a basilisk's eye. The eye can cause weakness, sickness, and death by staring at it.
-I'm not Drunk!: Her rather large intakes of alcohol causes people to believe that she really shouldn't be alive .
-Ultra-Ultra Heavyweight: It takes her B.A.C to be at 0.30 to start being affected by any alcohol.
-Two Birds with One Stone: Despite being drunk often, she's an incredible shot and doesn't miss all that often.