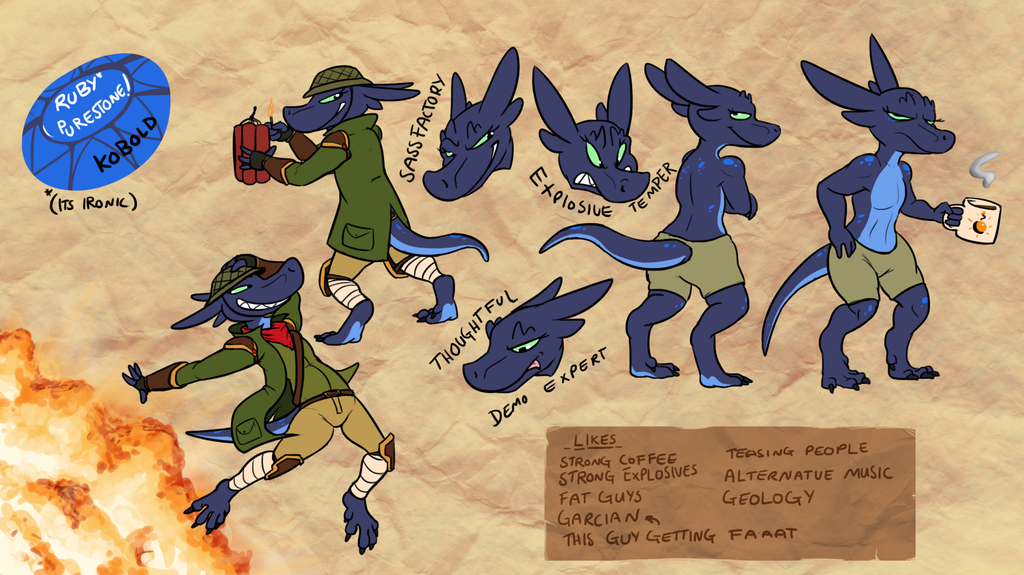 Smart, sassy, short, Ruby is fairly notorious merc with a perchant for explosions and a slew of quirks. Hailing from the Dragonic nation of Chroma, Ruby made a name for herself after partnering with a young follow merc named Garcian.

She quite enjoys teasing her often boyfriend, and he shoots back, the source often Ruby's taste in larger men.

Ruby is quite sassy as noted above but is very careful in her handling of explosives, seeing it as an art form of sorts. While she has a fairly long fuse, wearing her down is usually not a smart idea. She's something of an inventor and alchemist, but enjoys studying geologly and collecting rocks, something of a holdover from her home in a mining town.