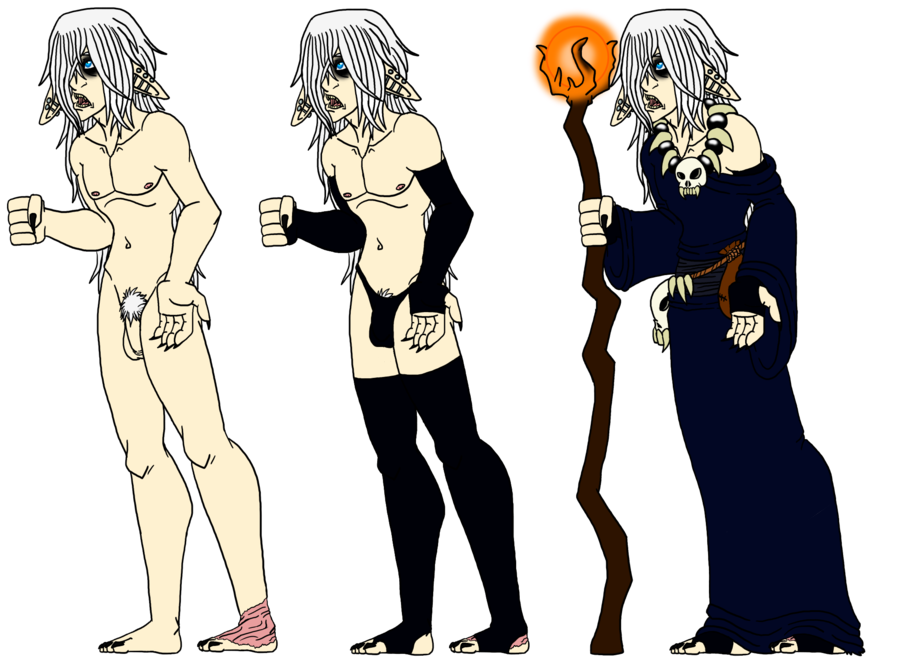 Wow, this is the first time I drew under garments. Weird huh? O3O

Anyways, this is a redesign of an old character. He's a necromancer and is slowly being corrupted because of it. His right eye is red and the white is black, a sign of corruption among dark mages. Even though corruption makes a mage more powerful it also puts them in danger of being possessed by a demon or in Helena's case he was hunted down and raped by a powerful demon. Surprise, his story consists of m-preg~! Yeah, this is probably the only m-preg story that'll happen in Daisha.

So his left foot is suppose to look like it's twisted. Obviously a scar from when he got away from the demon. So yeah, nothing much on his back story other then the fact he now raises the child a demon forced him to have in a dark secluded mushroom forest... yeah :U

Just by looking at him you can tell he's a nervous wreck. He's shy and keeps to himself, hence was another reason as to why he lives in a dark forest. The only person he really talked to was his daughter and as she got older she's beginning to wanna explore and get out there in the world. To Helena's dismay of course, but eventually something happens to their beloved home and Helana and his daughter has to go on a big adventure or something. I dunno, I'll think up a story. For now enjoy Helena~ XD