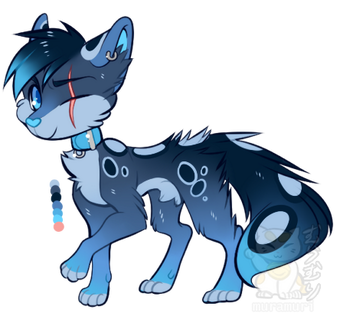 Art by Muramuri on FA, Thumbnail by me ;w;

Valor meaning - Great courage in the face of danger, especially in battle.

• Since a horrific accident involving his parents, he generally keeps himself to himself, but he does have a handful of friends he has opened up to.
• Will save anyone in need.
• He's a rather sad soul. When he's on his own he hardly ever smiles.
• He often smiles around others.

• He works as a silent assassin from his own free will. (night time only)
• He only assassinates people that are trying to kill or do nasty things to other people, not because he's a psychopath.

• Murders.
• Cowards.
• being surrounded by people