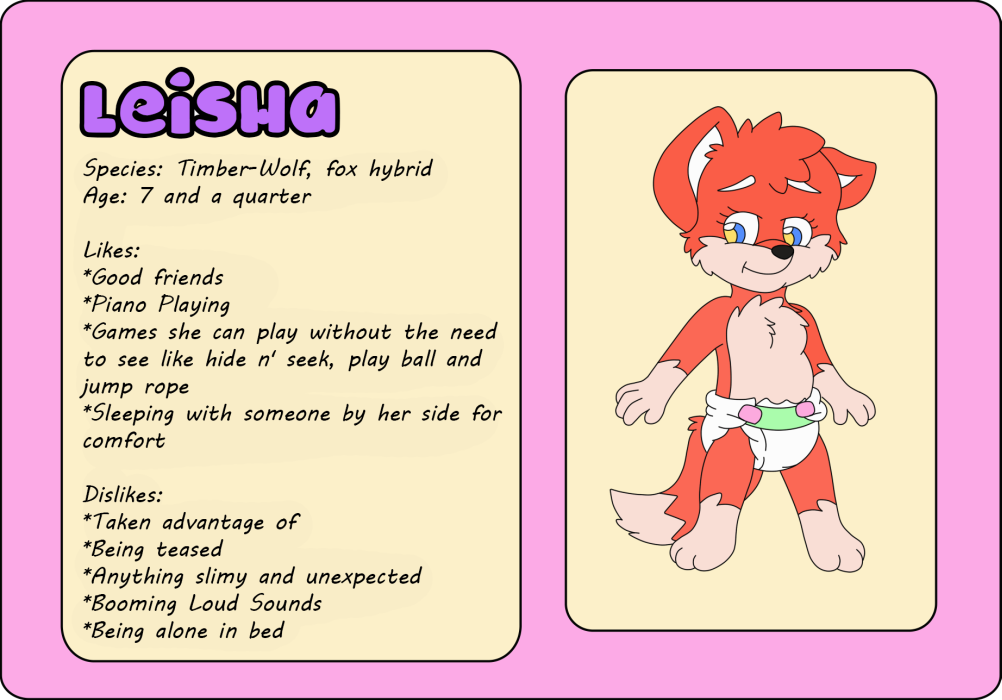 Leisha always been a happy little cub. However last year on a Safari trip with her mother Torina she looked directly at the sun with her binoculars despite Torina's warnings. As a result she permanently lost her eyesight.

Being blinder than a bat, Leisha could not easily find the bathroom, so diapers were a perfectly alternative. However her other four senses were greatly boosted allowing her decent independence and the ability to play quite normally with other cubs. Despite not being able to see physically, she can picture people and objects in her mind and map them around her once she familiarises their positions.