Amarth or "Ammy" by TateTheGhost 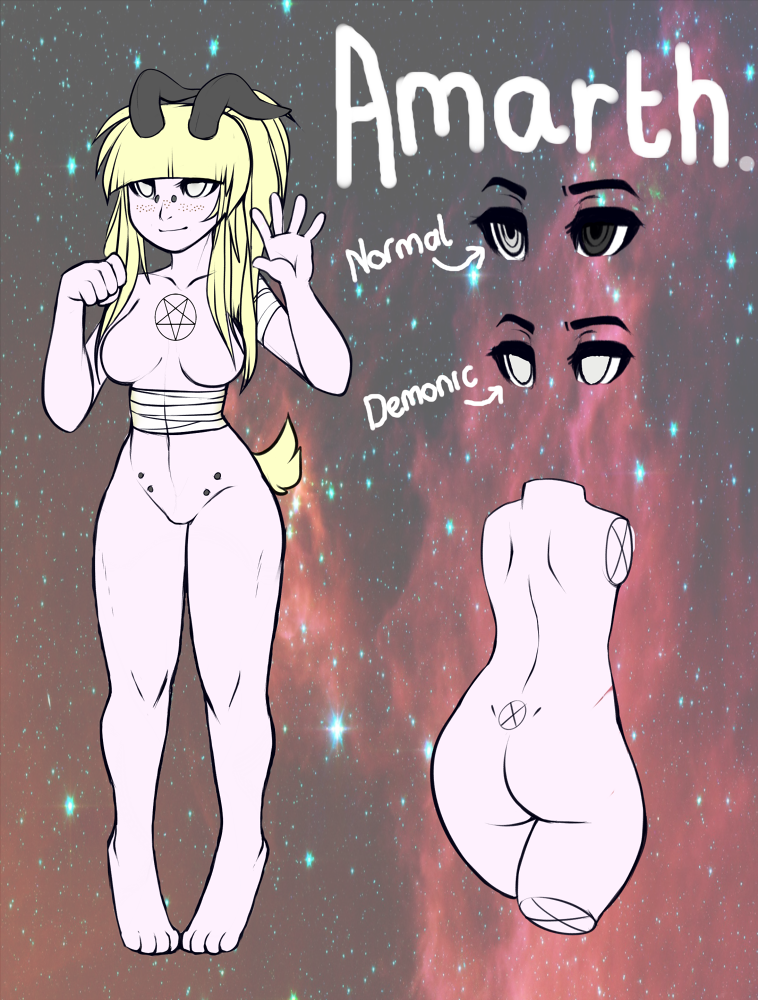 Amarth is a high ranking demon in the realm of the hell.
Her nickname is "Ammy"

Her eyes when in demonic state are a pearly white color, when in normal state one eye is blackish brown and the other is grey/white.
She has a small deer-like tail which is the same color as her hair.

Amarth works closely with the king of demons, Crowley, sometimes paired up with him on various missions undertakings and such.

Base (c) Waitress of FA