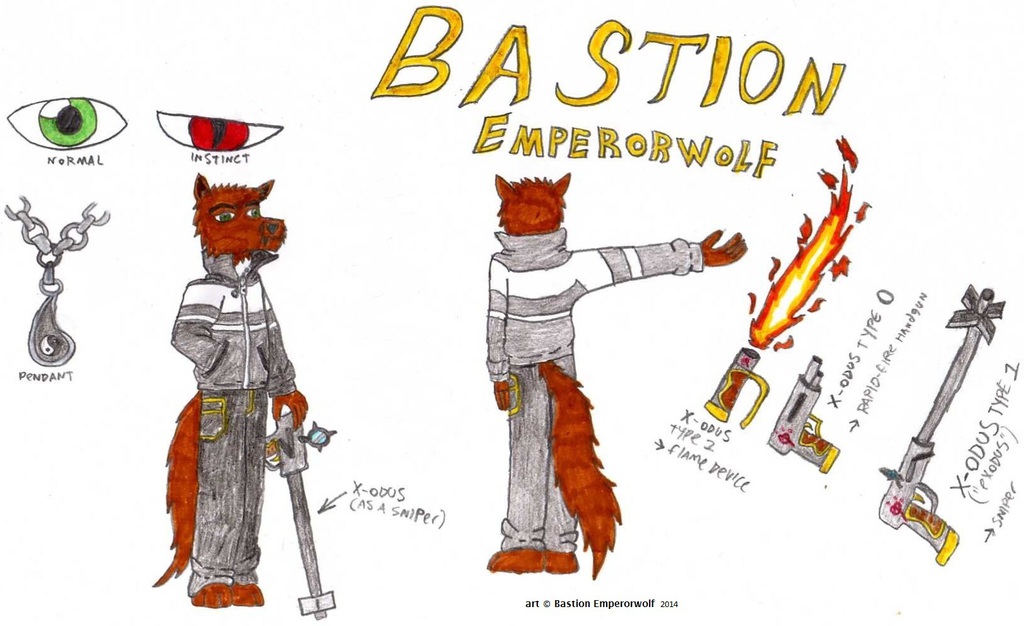 Bastion Emperorwolf is a wolf living in Australia.

he is "Emperorwolf" without his powers.

to make up for his weaknesses, he uses a morphing weapon called "X-ODUS" to defend himself.
X-ODUS uses magic ammunition and therefore never runs out.
it does however, require reloading.

without his powers, Bastion is not very strong and is overall of average physical prowess.
his mind, however, is very strong.

he can be quite stubborn, but also possesses a high understanding, and is not afraid to admit when he's wrong.
he is very loyal to his friends, and is known to jump into the midst of conflict to help them.

he goes into "instinct" when overwhelmed, acting upon base impulses rather than his usual practised rationality. but even then he can still distinguish friend from foe.

he will never harm his friends intentionally.