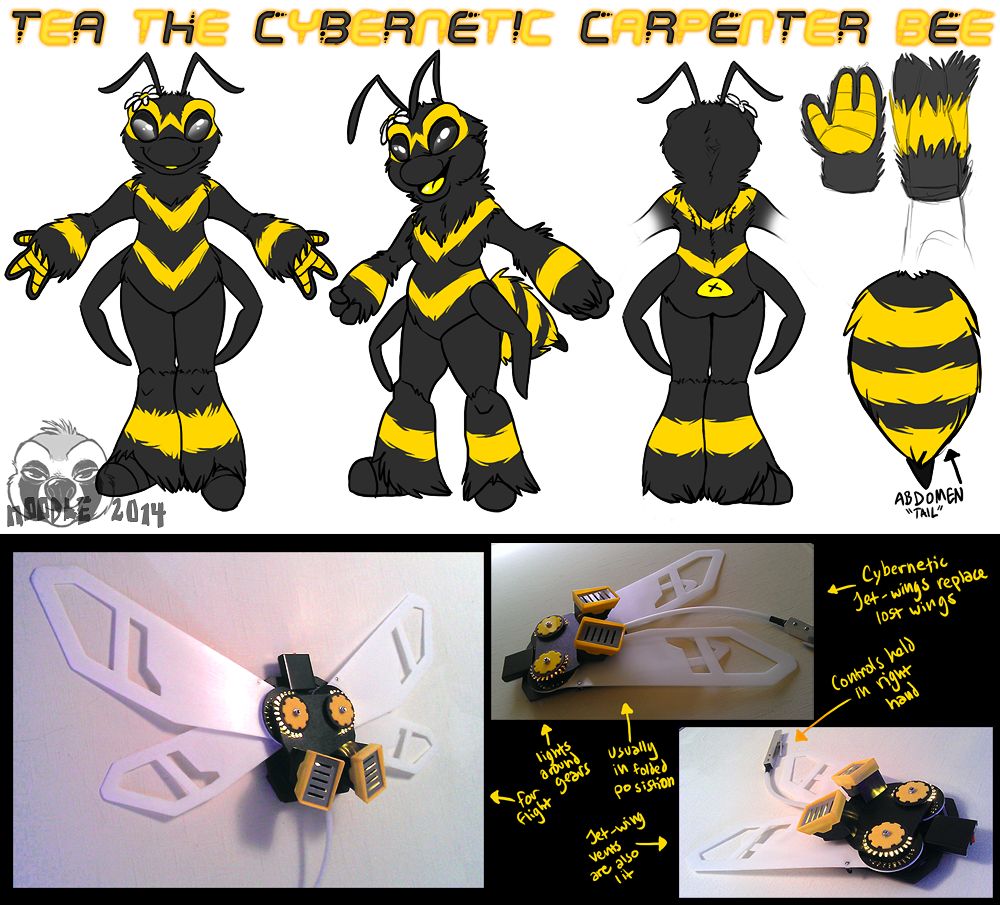 Tea is a carpenter bee lady who lost her wings in a flight accident with a dog's tooth (as she puts it.) She escaped on foot and didn't let her missing wings get her down. With her amazing intellect and knowledge of robotics she built herself awesome new prosthetic cyberware wings which aren't fragile enough to be taken down by anything like a dog. She calls her new wings "Jet-Wings" as they also propel her faster with the jets located on the bottom. The LEDS are just there for flair but they also indicate whether her wings are on or off. The Jet-Wings can be removed and she can run around freely without wings unlike most bees. She works on building small air crafts and flying them around to scout for newly found land full of delicious pollen. She is also a pilot for the Royal ABEEator Defense Unit. (RABDU)