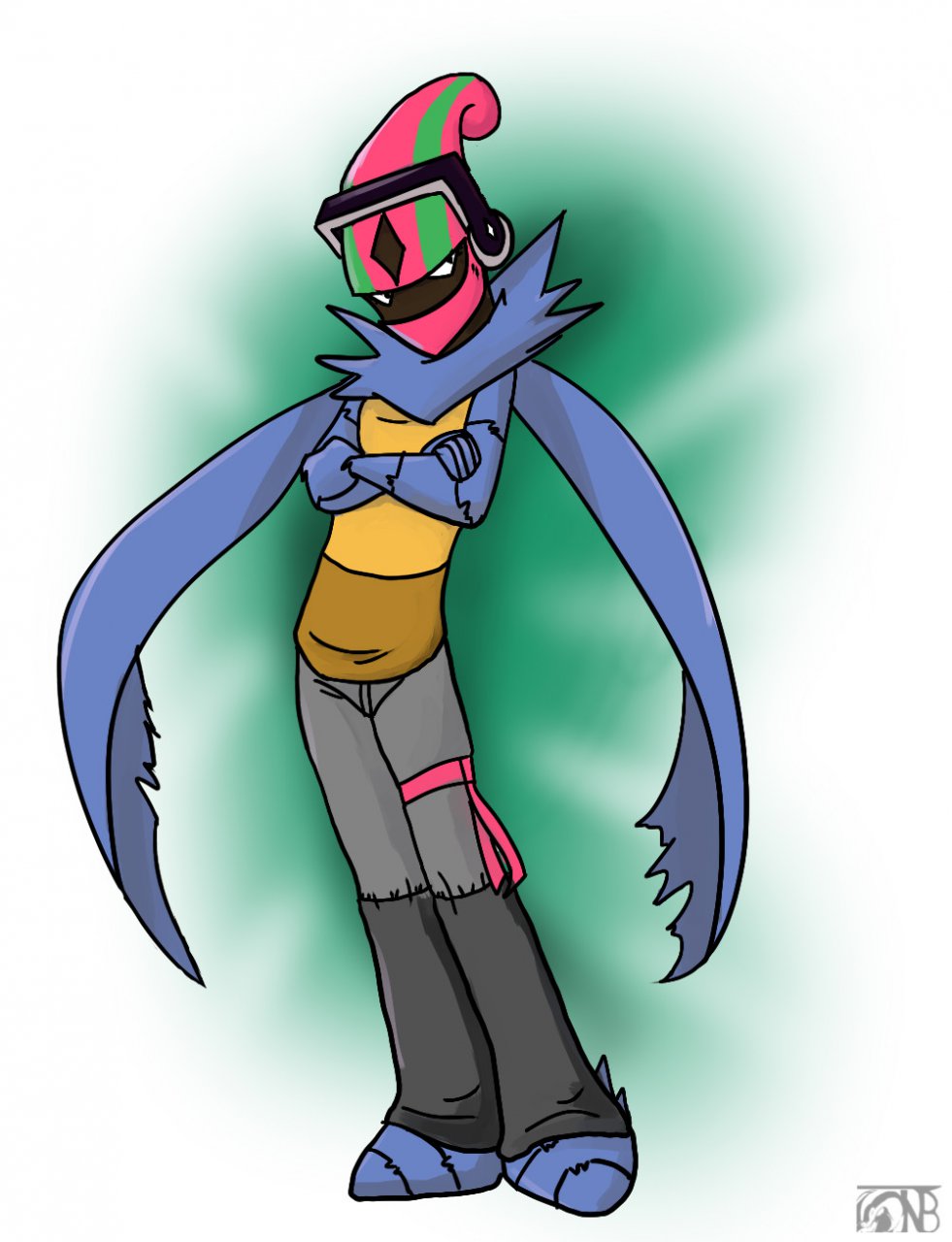 An old character I'm still working on the details for.

She's a bit shy when it comes to standing around and talking, but one good way to get her to loosen up is to race with her; see, she's something of a urban ninja, a mostly self-taught traceuse who finds a strange thrill and sense of bliss in exploring the concrete jungles she calls home.

-Note she's still a work in progress, so stuff I might say now might differ later on.

-Nevermind that the setting doesn't have actual real world locations (just worlds that borrow cultural aspects from the real one, but I digress), if Aina had ethnic origins anywhere, it is...not Japanese at all (at least, no direct descendants of that nature). If anything,Ain's name is African-based and ethnically speaking they'd be one part South African and one part Latin American. Their Poke-African roots are the one thing that's not getting changed anytime soon.

-That said, Aina was born in Castelia City, which was partially what inspired their love for parkour to begin with.

-This was also what sparked their love for street art over any other type of art, as it feels more "passionate" and "real" in their eyes, more than any other kind of artwork.

-Unsurprisingly, Aina despised their previous evolution, especially after they evolved into something far more amazing in their eyes.

-Oftentimes when Aina is out running, they'll carry with them the least amount of items on hand for better moving about, with the noticeable exception oftheir (actually rather heavy) headphones, which is actually more for noise-cancelling than music, though they do have a couple playlists handy for when they's in the right mood. Forcing Aina to lose the headphones while you race them is actually a really bad idea...for you. Because Aina's ability is Unburden, of course :V

-Aina doesn't mind being referred to as "she" or any other pronoun, nor do they have a preferred pronoun ("they" works, though Aina isn't 100% married to the idea). Really, though, right now Aina would just rather do their worrying about their self-image in the privacy of their home... which, admittedly, explains partially why their preferred hobby is one that encourages them to leave their home as much as possible.

-Aina's parents would be the other reason, though give me a bit while I iron out what the story there is :)