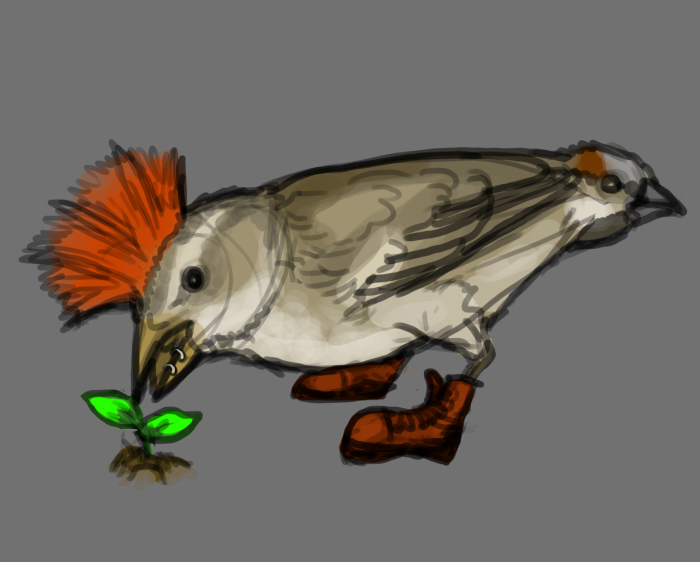 When Chad hooked up with Amexis outside a punk concert in Toronto, he didn't realize that she was one-sixteenth anglerfish on her mother's side. One thing led to another and after a couple of years of dating, Chad was almost completely absorbed into Amexis' body. He acts like he's cool with it, but secretly he thinks it might be time to start seeing other people.

When she's not visiting the alternative hairstylist or waiting in line for concert tickets, Amexis is a gardener. She would be said to have a green thumb, if she had thumbs. Plants of all kinds thrive under her care, despite Chad's tendency to eat freshly planted seeds whenever Amexis turns her back.

punk sparrow.
it is a garden spirit.
where its tail should be is just another head.