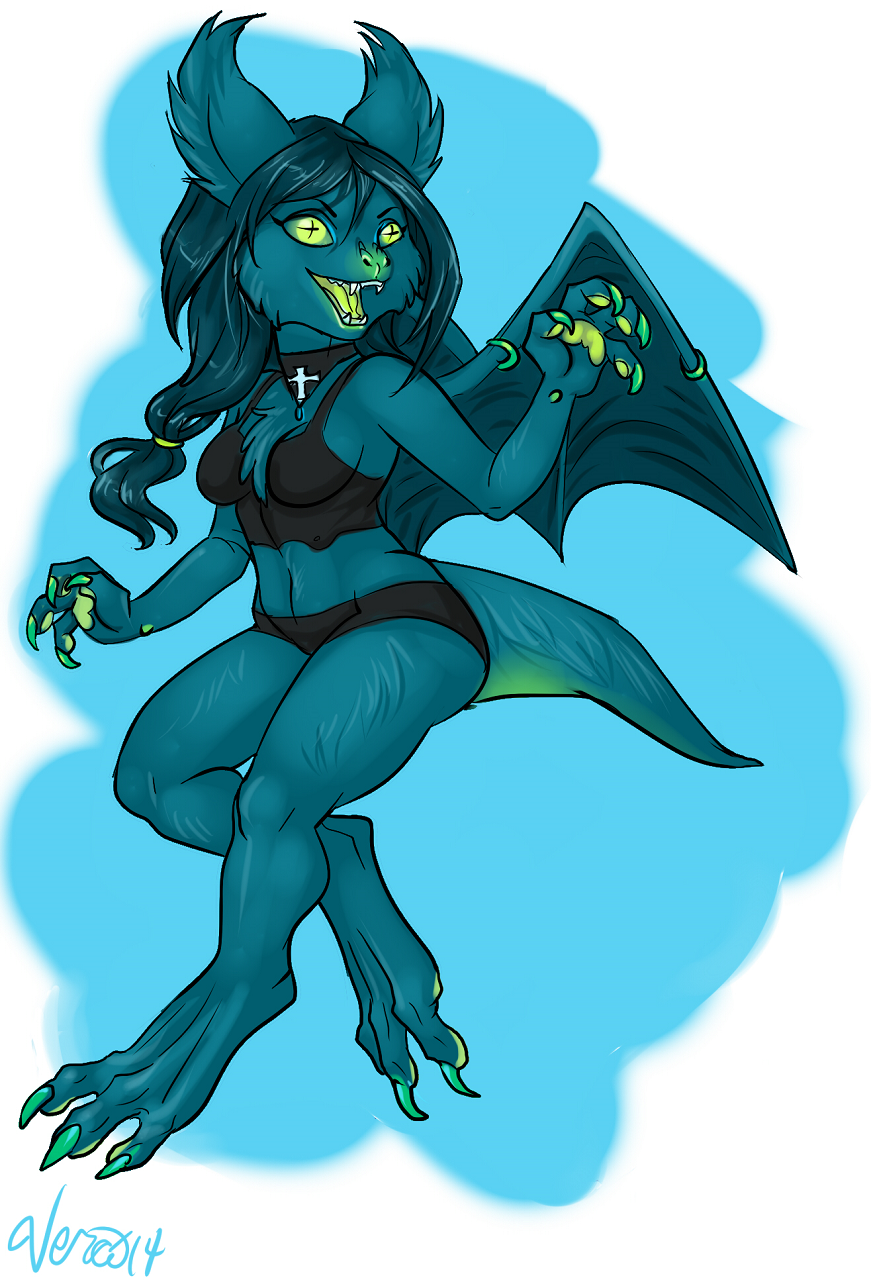 (Taken from the original adopt info) "This gothy mistress of the night is a rough and tough tomboy at heart, with a gruff voice (similar to Frankie's angry tone from the Foster's Home cartoon) and tendency to want to fight or make everything into a competition. She has a softer side, but it's rarely seen by anyone besides her bat friends", like Victoria.

Victoria, though not technically a real bat, is best friends and occasional lovers with Obsidia and will frequently call her by her middle name, Io. They pick on each other frequently, but will defend each other tooth and claw if someone else were to do so with malicious intent. They also like to rough-house with each other, which sometimes leads to Vicky losing parts and the two of them spending a great deal of time trying to find where it went flying off.

One thing that Obsidia says to Vicky that really grates on her nerves is when she calls her doll and says she is not a real bat. Vicky hates that and will usually get angry if she is not in a good mood. The two usually make up quickly, but there was a time where they didn't speak for a few months. During that time, the two realized just how much they care for each other.

Outside of her friendship with Vicky, Obsidia can be a bit rough around the edges, leaving all but the most dedicated outside of her small inner circle of trust.