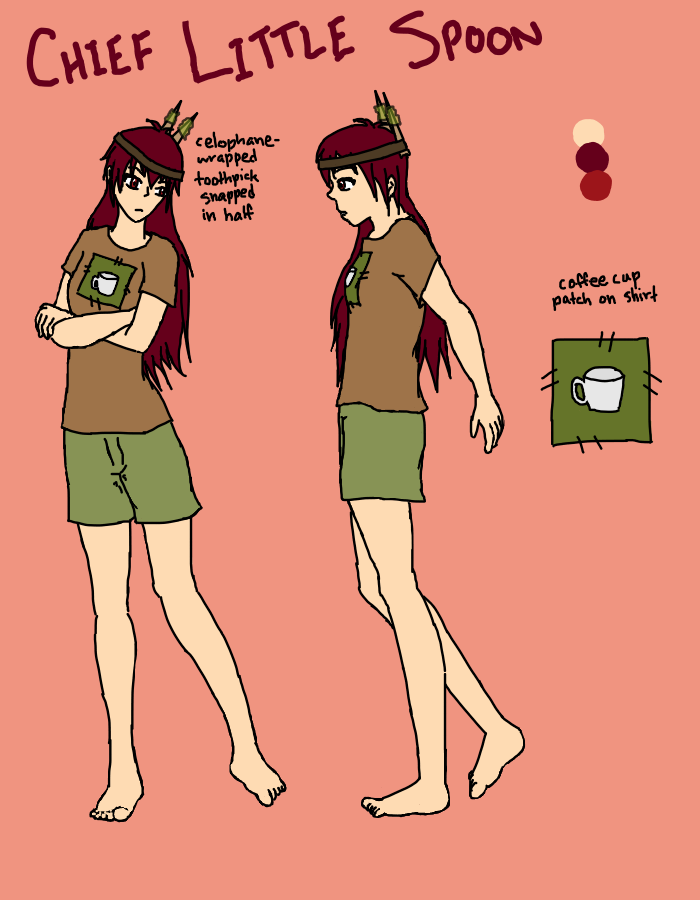 Little Spoon is a young Fae who grew up in Mailvale castle with her parents, Fidget Silverwitch and Tetra the Swarm. Spoon is just a nickname, of course, and only her family and close friends know her real name. Her original appearance was more fae-like, but when she was younger, she had an incident with some rowdy kids in town who ripped off her wings. Without them, she felt like she wasn't really fit to be a Fae so she asked Fidget to cast a permanent spell on her to change her appearance. She eventually leaves the castle to learn to fend for herself.

The Chief part of her name comes partially from the games she used to play as a child, and partially from her admiration for The Chief. Due to this, she donned the "indian headband" she fashioned from scrap cloth and a celophane-wrapped toothpick snapped in half. The patch on her shirt came from a bit of apron she stole from the castle kitchen. As she gets older and learns to fight, she wields a spoon she acquired from the castle when she was young.