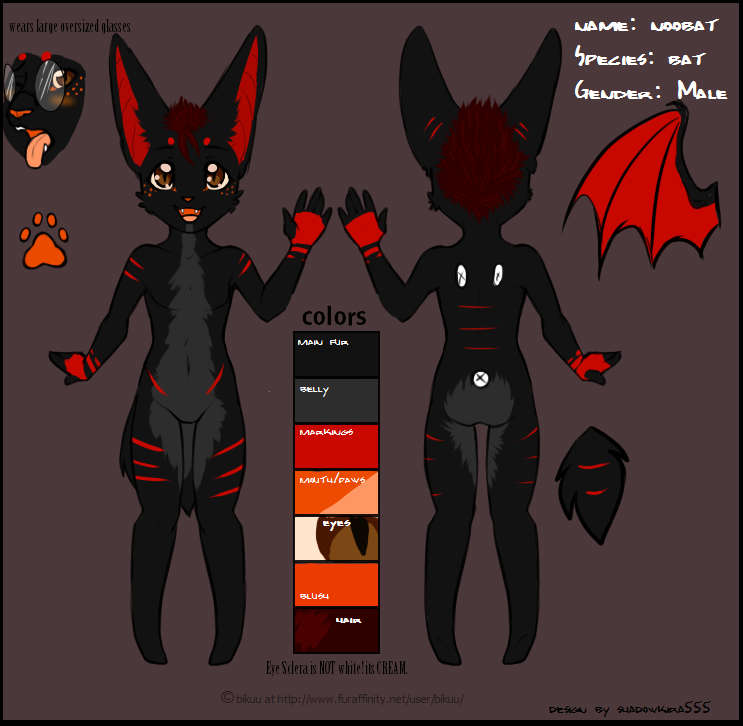 Noobat is a writer and an accomplished author of many books on planet earth. He's also good with computers, hacking, and what not. He's friends with Viktor Zion, and with the FBI agents Gaberiel Richardson, Maxwell Hoffman, and Alexzander Hoffman.

Noobat is very shy and quiet. He doesn't like getting into fights, but does have a temper issue. He's very creative, and loves to read. He lives on his own, in the outskirts of town, hiding in the woods, where he can be safe and sound. He does own his dream home.