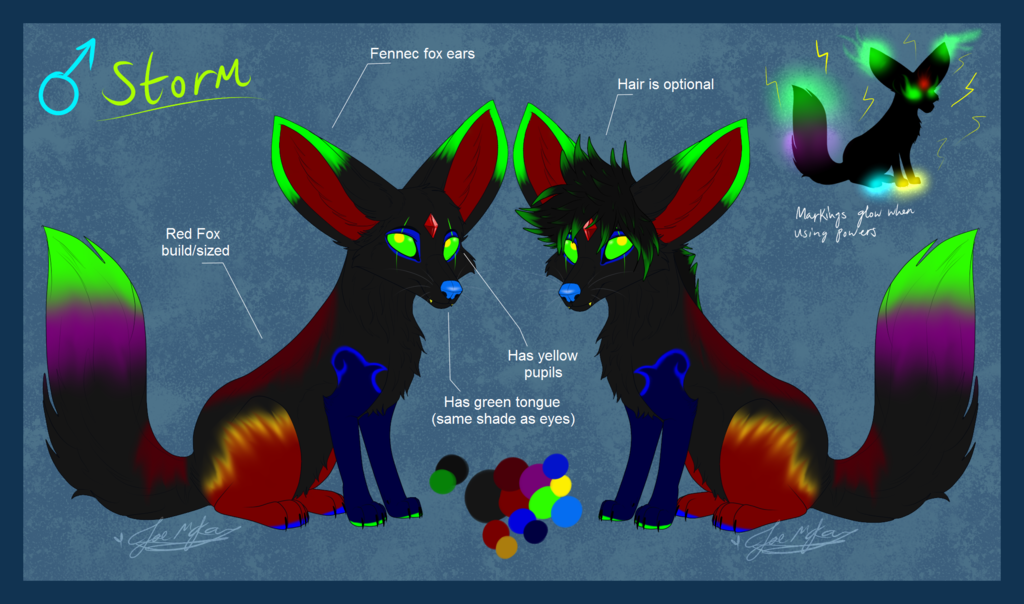 ._. Omfg...I drew an old character of mine from 2011 xD It looks so weird now because my style has changed.

He hasn't changed much however he now has optional hair based on Moi's drawing of Storm c: http://xxanthro16xx.deviantart.com/art/Storming-hot-FA-459460121
(dat body |D And yeah his fur can have a blue tint to him).

I used to draw Storm a lot but I guess I lost ideas and stuff ._. Plus the negative feedback (I was 16 when I made him ok xD) I don't have many bright coloured characters since most of my OCs are sort of natural coloured xD

Well, it was good drawing him again in my updated style uwu

Personality: Loyal, protective, a little bit short-tempered, can be serious when he wants to, brave, cautious and unsure of strangers but opens up to them if they mean no harm.

Dislikes: Hunters/poachers, people trying to take his gem, bullies, bad people in general, his past thoughts, people making fun of his appearance or Lena, some humans, dangerous creatures and irritating noises.