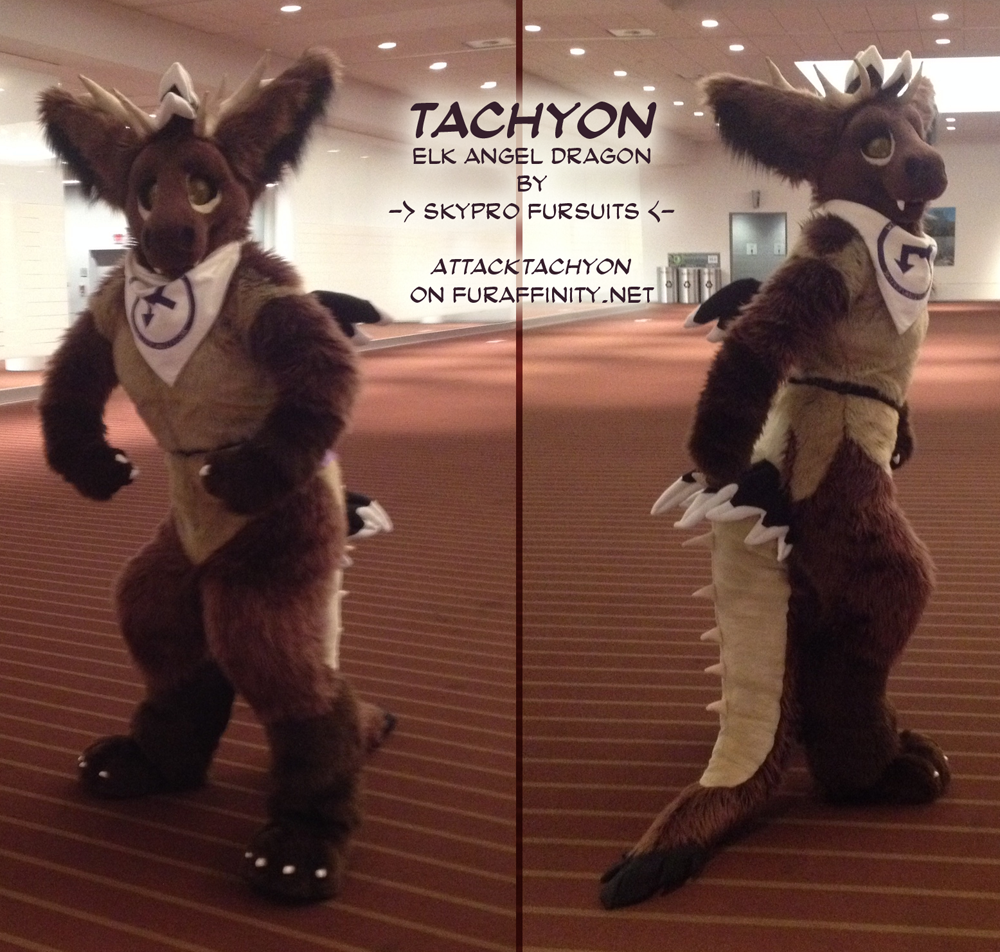 Tachyon is an Elk Angel Dragon, and the offspring of Telephone and Radio. He is cheerful and playful, loves being the center of attention, and enjoys frolicking with his fellow angel dragons. He is also good friends with Rin the Dragon. He communicates via his own language of chirps and whistles, and has a distinctive, cheeping "laugh" that he does when particularly excited.

He enjoys dancing and "singing" along to his favorite songs. And although he is always happy to pose for pictures and give/receive hugs, he has a sensitive nose and does not like getting petted there. He also is confused by people asking what sort of fursuit he is.

Technical specs:
Tachyon was designed and built by Skypro Fursuits (the same person who designed and plays Telephone), owned and named by Agent Elrond. He made his debut at AnthroCon 2014, and is currently planning on attending Eurofurence 20 (in Berlin) and FurtherConfusion 2015 (in San Jose).

He can be found on FA as AttackTachyon. Questions regarding the suit should be sent to me on this account or AgentElrond on FA or his maker.