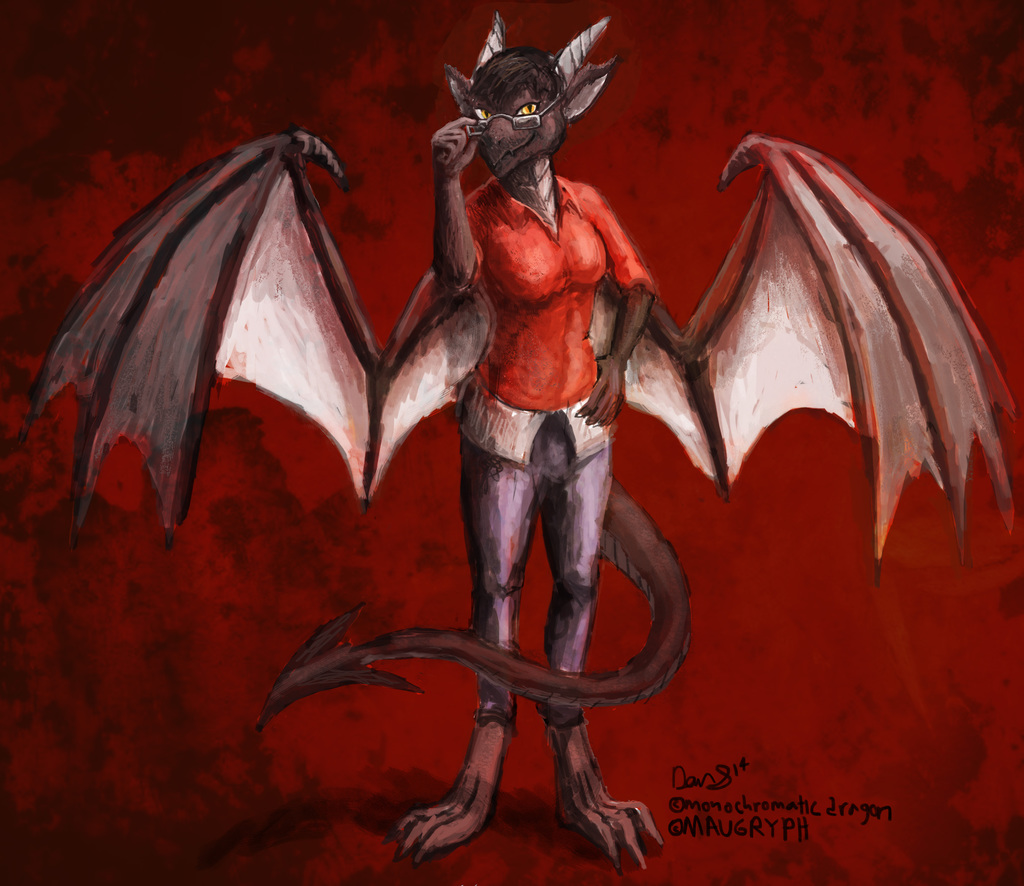 Appearance: All-black dragon with two grey horns, grey underbelly extending along tail, and a grey spike at the end of her tail, shaped like a spade or like a "devil's tail"

Behavior and Personality: Strong, dominating personality. Tends to be blunt, aggressive, and a little self-involved. She is picky about who she claims as "friends", but has many acquaintances because despite her abrasiveness, she is an honest and likable person. She is the kind to never give up in a fight or argument and always stands her ground, even in the face of defeat.

Clothing/Personal Style: Glasses and anything from casual wear to semi-formal, or none because she's a mo' fo'ing dragon.