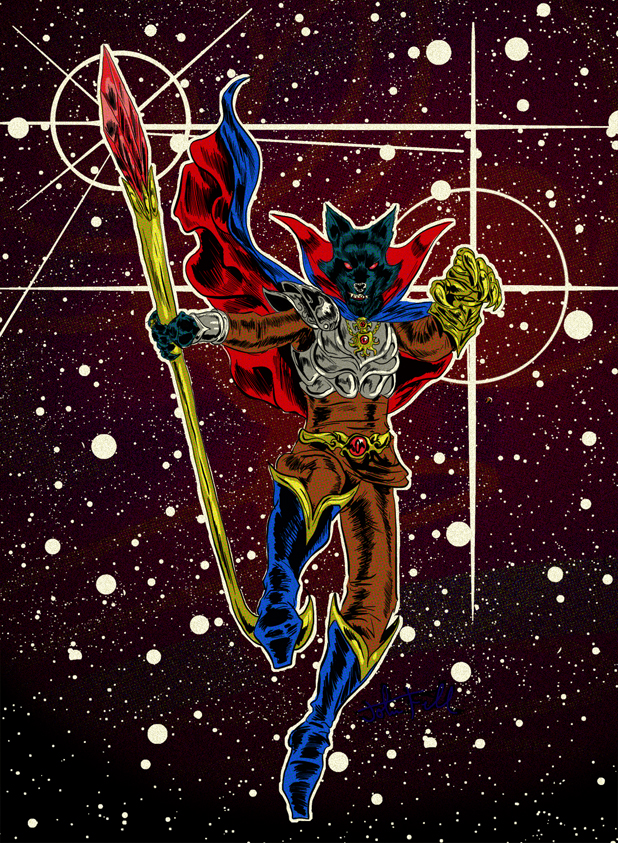 A Master of Dark arts.
Through study of the arcane, Nerrok learned of a stream of powerful energy flowing and branching through the cosmos from an apparent central source. The problem was that source was not on his home world.
He constructed a mystical staff that would carry him through space, following that stream to its origin and harvesting the power from it.

Along the way he happened upon a dead planet-- its inhabitants erased in some sort of magical holocaust. A branch of the energy stream he was following flowed directly to a set of ancient ruins-- ground zero for whatever magical backlash had long ago destroyed the planet's occupants.

He made these ruins is home for a few hundred years, using the ancient alien knowledge there to increase his power.

Now he is a conquering tyrant, sailing through the stars with his staff and claiming any source of power and knowledge he comes across as his own.