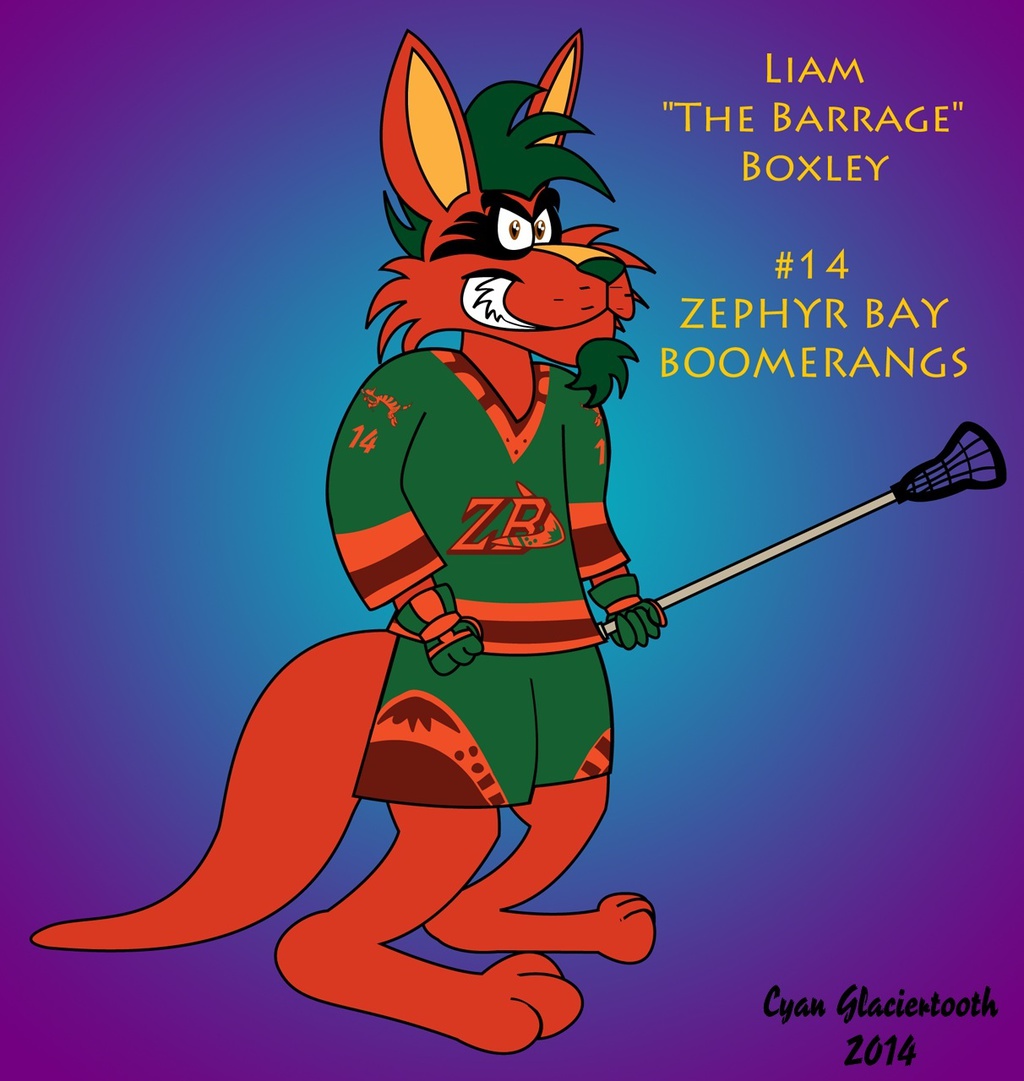 Liam "The Barrage" Boxley is a box lacrosse player for the Zephyr Bay Boomerangs, but also works as a chef for a BBQ restaurant in North Zephyr Bay. Because of his agility, speed, and power to hit things really hard (like the characteristics many box lacrosse players have), he's a tough fighter, but also very sportsmanlike. He uses his lax-athleticism to fight bad guys, dodge traps, and rescue the innocent.