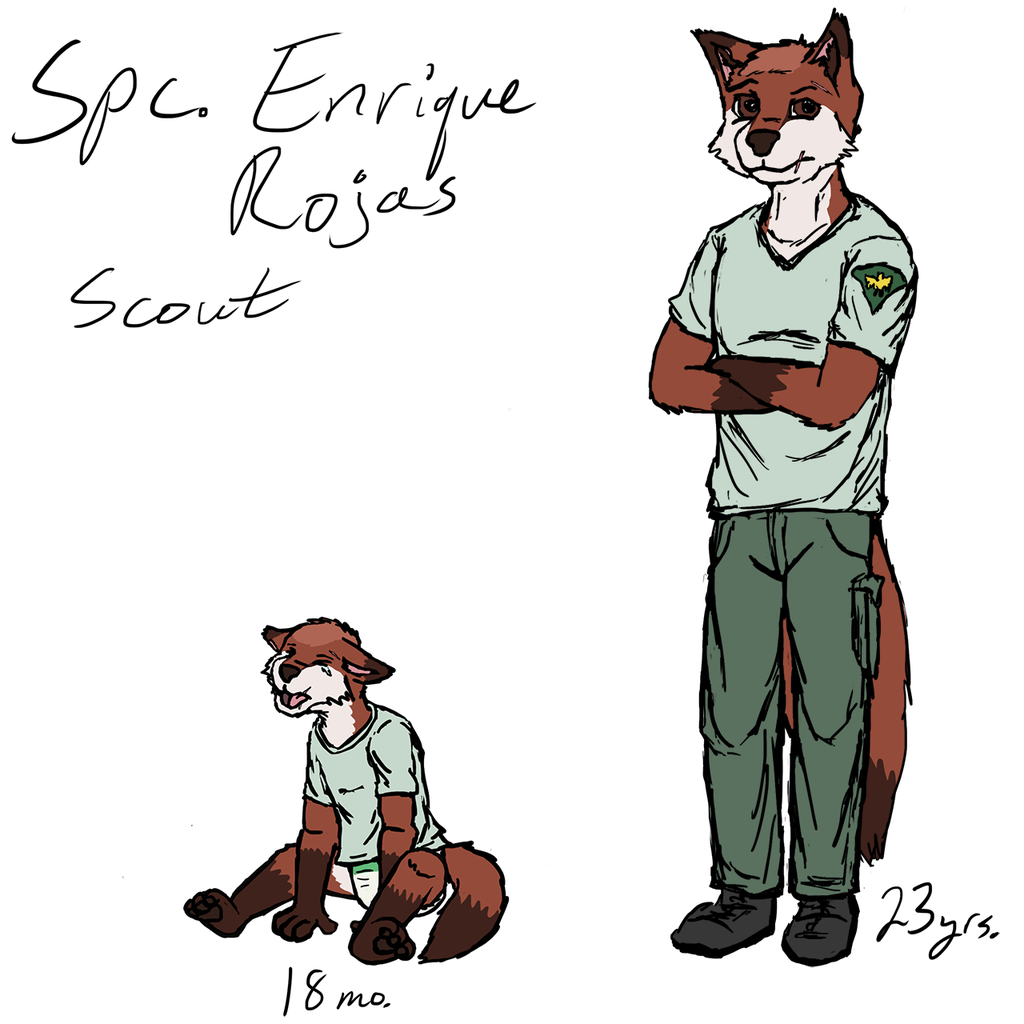 Specialist Rojas has had a very hard life. Born in the LA slums, he was viciously beaten by his father for 5 years before being removed by Child Protective Services. He spent the next 10 years of his life bouncing from foster home to foster home as his parents fought the removal in court. Seeking any sort of stability in his life, he got involved with a local gang at 10 years old, where he served as a lookout and eventually as an enforcer. Ultimately, though, he left the gang at 18 after they asked him to kill a rival gang member in the presence of his own children. Fleeing the wrath of his former gang, he joined the army to get away.

Rojas' rough life has left him with many scars, both physical and mental, and a twitchy, cautious nature. He's always on the alert for threats and danger which makes him one of the best scouts in the army. The only reason he's not a NCO is because of a sour attitude and acerbic nature that does not make him fit for command responsibilities. Properly led, however, he is an invaluable asset to any squad. With the Tunnel Rats, he has found the true family he never had and, while he may be unable to really express it, he has a deep fondness and respect for his squad and would lay down his life in an instant for any of them.