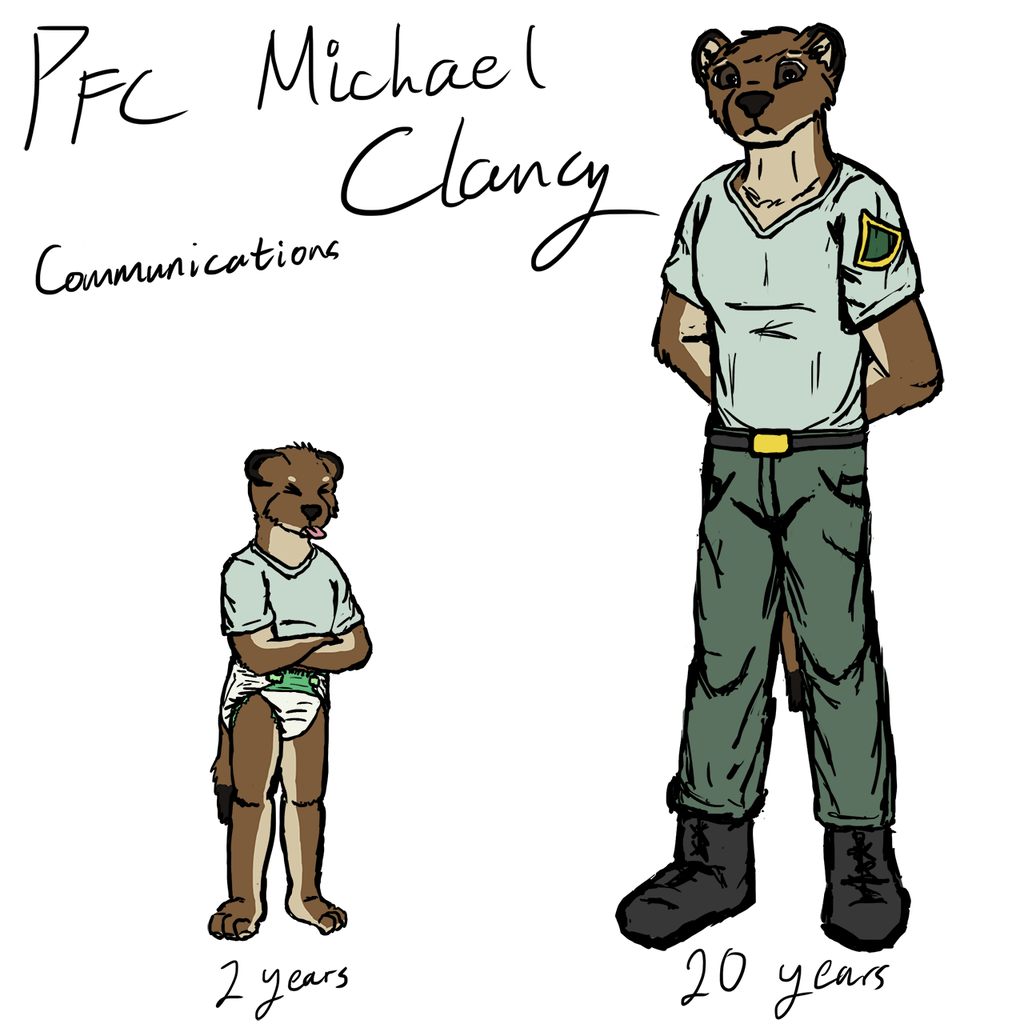 Clancy and Gorski have been friends since they were both cubs. They went to school together, played together, got in trouble together. Gorski was always the brains of the outfit, with Clancy the brawn, and generally the instigator. If Clancy has a fault, it's that he's not a smart as he likes to think he is and tends to get in over his head in tough situations.

Clancy is a fearsome fighter. Fast and strong, he can hold his own against pretty much anybody except his sergeant who he respects deeply. In the Tunnel Rats, Clancy is in charge of communications mainly because he's really the only one other than Brock who can easily handle the gear, not through any particular gift with electronics or cleverness of speech. This does tend to lead to a bit of ribbing from time to time from his squad mates.

At camp everglades, his followers instincts tended to allow him to adapt to being a cub easier than anybody other than Gorski, whose lead he followed, allowing the younger rat to keep him occupied with fun rather than worrying about anything.