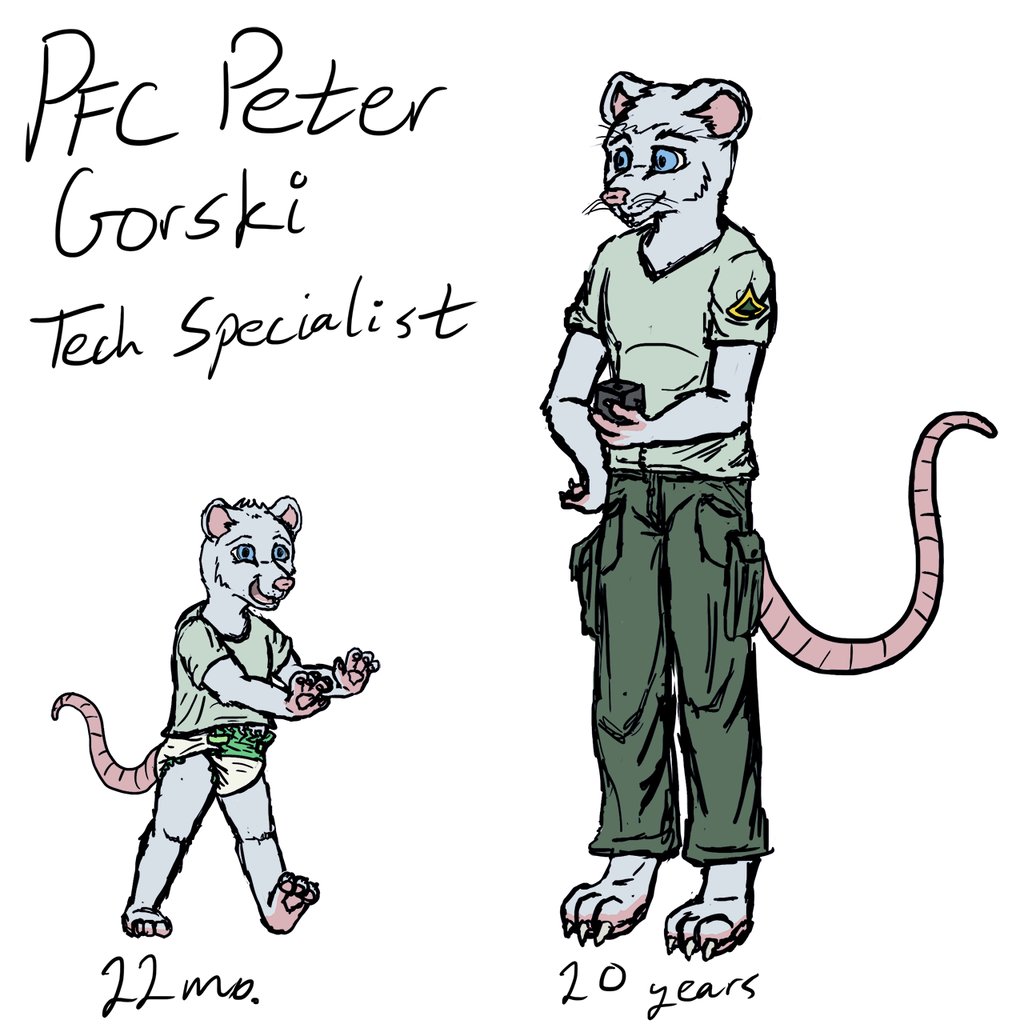 Gorski joined the army because his best friend, PFC Clancy, joined the army. He's not much of an independent type, or particularly skilled as a fighter, but his genius with anything electronic or explosive more than make up for his lack of size and initiative. He's a bit of a goofball, and proud of his "Russian" heritage (his family is actually Polish, but he either doesn't know this or or doesn't actually care) and often puts on a (bad) fake Russian accent and imitates Boris Badenoff from the old "Rocky and Bullwinkle" cartoons.

At Camp Everglades, his easy-going nature allowed him to adjust to the short-term FOY effects better than the rest of the squad and he actually enjoyed being a baby for short periods of time, describing the experience as purely instinctual with his mind just along for the ride.