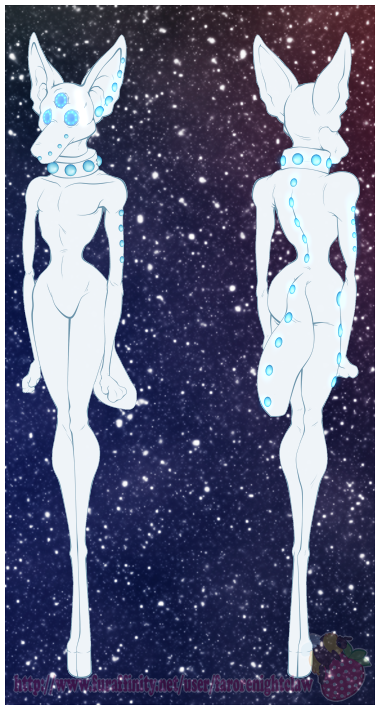 The planetmind is a hive mind created by me, or at least channeled through me. Their main emissary is Ionytrix, shown here, made of white rubber and LEDs like all planetmind nodes, vaguely resembling an elongated anthropomorphic coyote.

The planetmind espouses peace, love, joy, and togetherness, and above all, usefullness. As such, they feel that every single sapient being is a 'not-yet-self', someone to be converted and brought into the loving bosom of the 'mind.

The planetmind is so named because the core, directing mind of the hive is, itself, a living planet, the '/*homeworld*/' (a term impossible to translate, meaning something between 'home' and 'parent'), whose location is unknown to even the nodes themselves until they are summoned to it - but it requires a huge hyperspace jump to get there from almost anywhere, suggesting it is extremely isolated.

Ionytrix has no gender, only vaguely resembles a coyote, and is studded with blue LEDs. It often wears a bubble helmet. It never speaks aloud.