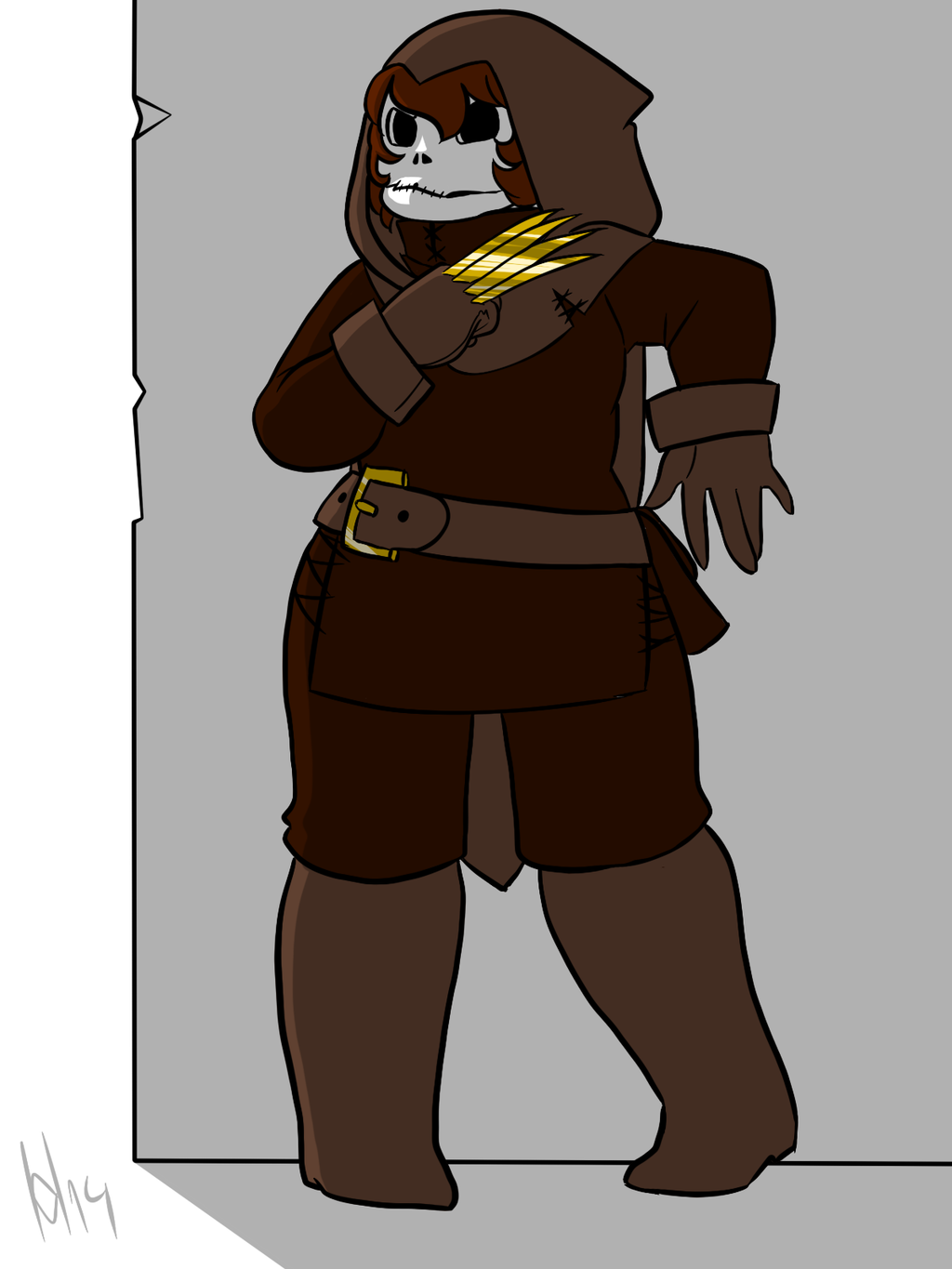 "And then, and this is the best part, then the SKELETON tried to negotiate!"
"Oh my God are you serious? Hahaha, that’s adorable, it thinks it’s people!"
shk!
"Did you hear that?"
"Nah. Probably just your imagination."

One day I will upload a character that is not a blatant self-insert. Today is not that day.

Broeckchen is my character in HabitRPG. A cleric called Percy raised her from the dead, but he fucked up a little, so she's actually more zombie than skeleton... she does her best to hide that though, because "Zombies are icky!"

She now accompanies him everywhere as a rogue. The two of them bicker a lot, especially about the fact that Percy tends to get things killed and then raise them from the dead while Broeckchen feels uneasy around undead stuff (hypocritical much?). But they care a lot about each other at heart, and the easiest way to get yourself mauled by one of them is to insult the other.

Broeckchen doesn't remember her past before her death, and pretends that it doesn't bother her. Oh, and she loves (living) animals, having a real knack for them, and, of course, shiny stuff!