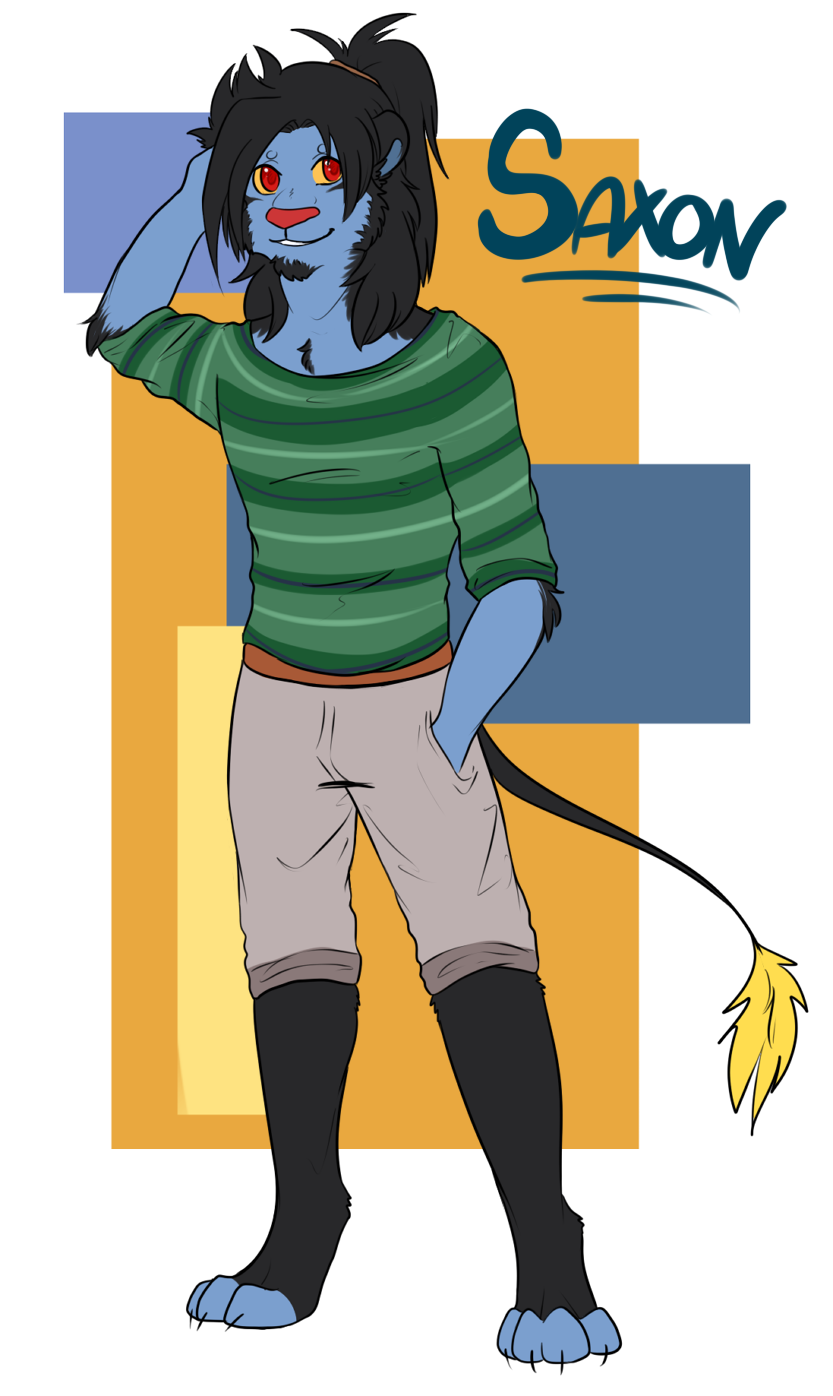 Saxon's a pretty carefree kind of guy. He's loose, loves to have a good time with friends, and enjoys being lazy. He grew up in Veilstone City, a place that thrived on the tourism due to the Deoxy's meteors along with the infamous gambling casino located in the heart of his home. He has come a long way since his rebellious teenage years, and resides at a faraway school known as Armonia Institute.

He has high hopes for graduating, and is thinking about becoming a self defense teacher. His father, a part of the Vermillion Police Force, allowed his son to train and work with him for a year until Saxon was ready to return to the institute. Now, with greater knowledge of different fighting techniques and styles, he wants to be able to teach others how to really defend themselves if they ever need to.

Figured I make a character bio C: These are pretty fun! I think I'm gonna do them for some more characters of mine very soon.