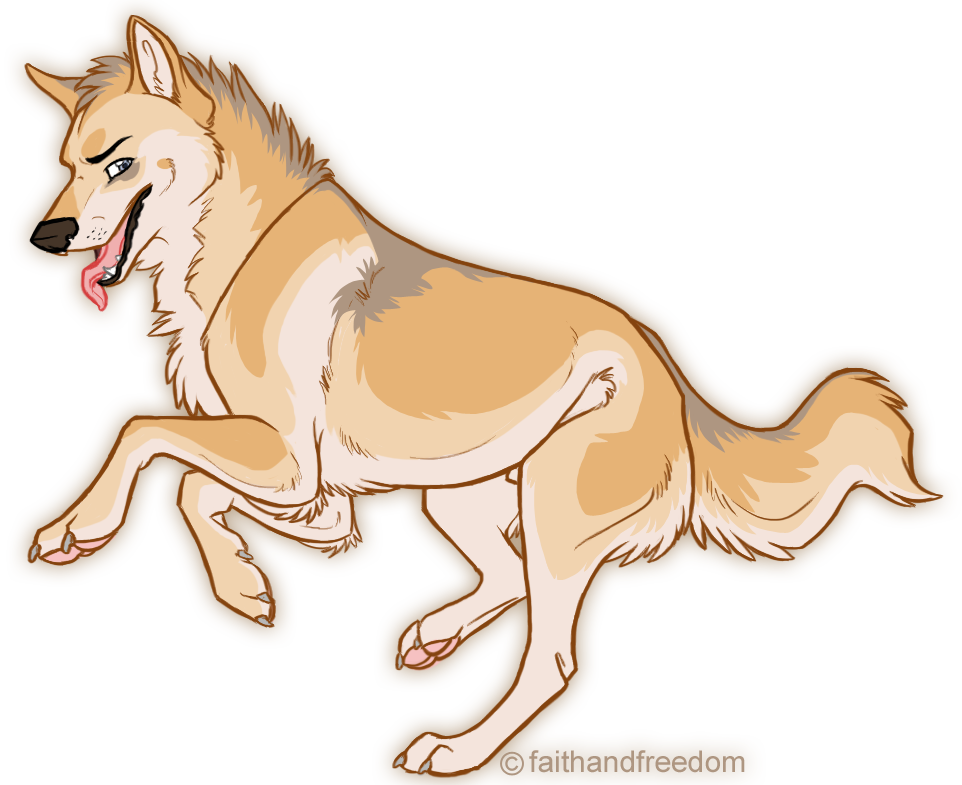 Name: Will
Age: 18 months
Gender: Male
Height: 34''
Weight: 95 lbs
Build: Will is a big muscolar wolf. His ears are small and his face is pretty rounded. He has long mane around his neck and his tail is medium long and fluffy.

Personality:
Will is an introvert. He doesn’t like to be the center of the attention and prefers to remain in the shadows. He appears to be rude at a first approach, but it’s just because it takes him a lot to trust someone other than himself. Once you get you know him, however, his real personality comes to life, showing his kind heart, always willing to help others in need.

Will, as the name suggests, is very determined to get his tasks done quickly and efficiently. He won’t ever take something he isn’t sure he will be able to do. He doesn’t mind challenges as he thinks they make the tasks more interesting and less boring. He doesn’t give up easily.

He also has a strong sense of honor and is very affectionate to his loved ones (though at the moment he has none). Family and friendships are really important to him, but if someone betrays him, he won’t forgive them if he thinks what they had done has crossed the line. Despite that, he has a high level of patience and it takes a lot to make him truly mad. Testing his patience is not a good idea though. He may get aggressive, or, if you’re lucky, he will ignore you completely, as you never existed.

Pre-Group History:
Will was born in a small pack of wolves. His parents were the alphas of the pack and Will spent a few months growing up with his mother, father and three brothers. Slowly though his parents began to realize he was really promising and would have been a great leader. So they started to give him more attention and care. Soon enough his three brothers, blinded by envy, tricked him and leaved him alone in the woods far from his pack, during a hard winter. Will, nothing more than 6 months old, was found starving and freezing to death by a few members of the Kausen pack, that introduced him to the pack and took care of him. Although the pack adopted him and made him part of a family, he still finds it hard to blend in.
Group History: N/A

Other: Will has a strong passions for birds, especially owls. He also likes to gave the stars at night, creating stories and characters as his mother was used to do when he was a pup.
~
My character for an RP-Group over @dA!